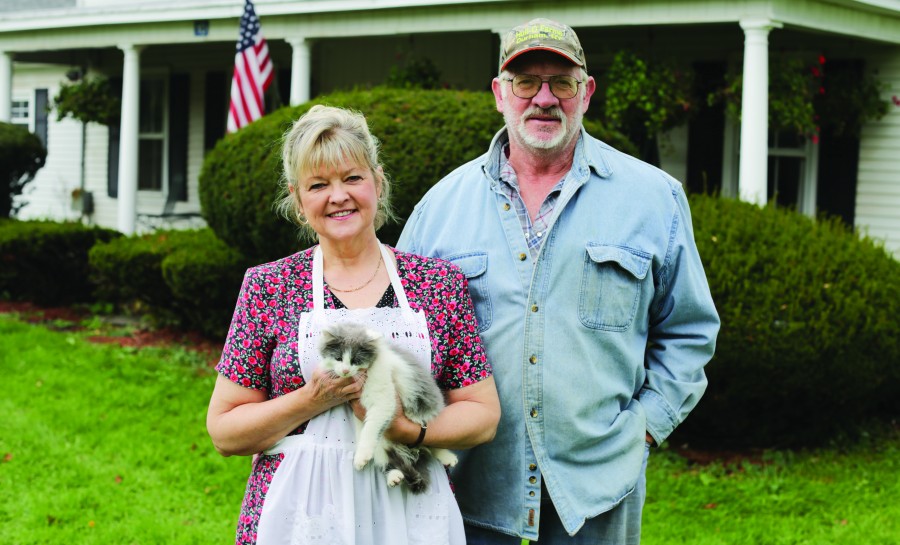 The good news about small farming in New York State is that new farmers are settling in areas like the Hudson Valley and taking advantage of direct-access local markets, including farmers’ markets, Community Supported Agriculture, and direct-to-retail sales. But according to the U.S. Department of Agriculture, new farmers are entering agriculture at a significantly lower rate than established farmers are retiring. Couple this with the recent recession, rising land prices and property taxes, increasing equipment costs, and severe weather conditions, and it’s not surprising that many older farmers are shutting their farms down.

One case in point is Hull-O Farm, 300 acres nestled into the rolling hills of Durham, which has been in Frank Hull’s family since its founding in 1779 as a subsistence farm. In the 20th century, it grew into a dairy farm with 150 cows. In 1976, five years after Frank and his wife, Sherry, married, they made enough profit to begin saving. But the milk industry dwindled in the early 1980s, forcing many dairy farms out of business. When Frank dipped into their savings to feed the cows, Sherry told Frank, “You either have to sell the cows or sell the farm.”

Many farmers faced with decreasing revenue leave the farm or get second jobs. (Frank’s mother helped out by working as a nurse.) But the Hulls wanted neither of those options. Instead, they decreased the dairy herd to under a dozen, and launched new businesses.

In 1990, they created a New York-licensed pheasant preserve, opening for hunting from December through April. Four years later, they began a farm vacation business, allowing tourists to hand-milk cows; feed pigs, rabbits, and calves; and gather eggs—while enjoying Sherry’s farm-fresh meals. In 2004, they started selling their own meat; they also sell hay and offer hayrides, pumpkin patches, and a corn maze.

But the Hulls still make very little profit. Their farm vacation business topped 400 guests last summer, but it faces increasing competition. This winter, the Hulls are launching weekend getaways. Frank thinks they could expand their meat business, which is 25 percent of their annual income, but he would need help. “At one point,” he says, “I’ll be too old to operate the slaughterhouse. 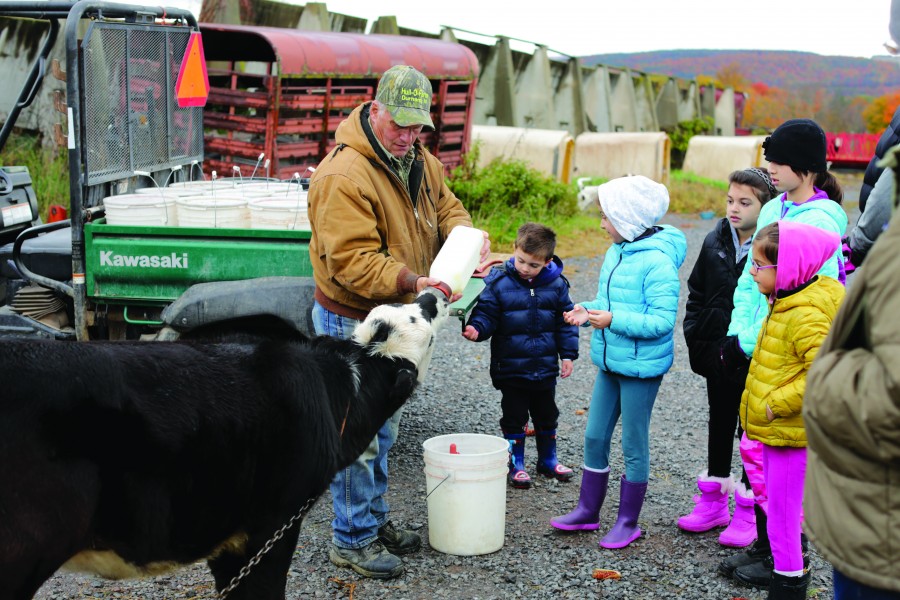 Now 67 and 63 years old, respectively, Frank and Sherry say they have two more years of running things at the current pace. Because they’ve invested their profits back into the farm, they have no retirement savings and scanty Social Security income. “What we’re doing right now is sustaining ourselves,” Sherry says. “We’re not saving ourselves.”

According to American Farmland Trust, a national farmland conservation organization, nearly one-third of Hudson Valley farms are operated by farmers over the age of 65, like the Hulls, and many of these farmers lack descendants willing or able to take over the family business. That’s unfortunately, the case with the Hulls’ four sons. One son died in 2010. Two live out of state. The youngest lives and works on the farm, but isn’t in a position to maintain it alone.

Besides the farm’s 205-year-old main farmhouse, Frank and Sherry own two other “cozy country homes,” where guests stay. They’re willing to sell one, but “that would be a Band-Aid,” says Sherry.

In 2007, the Department of Transportation expressed interest in buying the farm’s development rights, which would have allowed the Hulls to get out of debt but still own the property as long as they didn’t sell it to a nonagricultural developer. “They didn’t want the land to be developed because Durham has one of the most designated, scenic highways in New York State,” Frank explains. But the deal fell through in 2008 when the economy crashed.

Hull-O Farm went on the market last spring for $3 million. “The land itself is marginal for actual farming, but for an entrepreneur able to upgrade the property and appeal to new clientele, it could be a gold mine,” Sherry says.

What will they do after it sells? “I want to travel,” Sherry says. “I want to live in a small place up the road, so I can keep an eye on things,” says Frank. “Not with me!” Sherry laughs.

While Sherry calls farm support organizations “great resources,” they haven’t helped the Hulls. “We’re not in a watershed district, and we can’t be seen from the Hudson River, so we feel like we fall within the cracks,” she says. “We had tried to get involved with the Greene County Trust, but the soil isn’t good enough to save. We haven’t found anyone yet who wants to save a scenic historic farm.”

If no one buys the farm outright, the Hulls might divide it into smaller parcels. In the meantime, it’s business as usual.  “I have to do everything I normally do to make sure it’s in as tip-top shape as possible,” says Sherry.