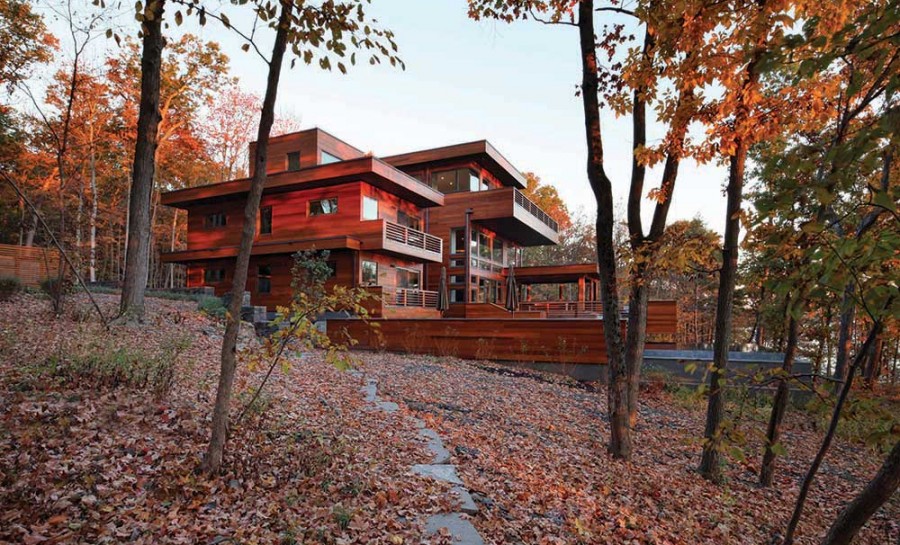 At the end of a mile-long drive through former farmland in Saugerties, RiverBanks’ red cedar façade glows through the tree line at the edge of the Hudson River. Built from the ground up, the lofty midcentury modern-imspired structure is imposing yet organic. With sprawling cantilevered decks that rise into the treetops plus fully automated entertainment, heat, and security systems, it’s like a high-tech tree house for a design-savvy Swiss Family Robinson. Conceived as a weekend house, the upstate retreat is regularly filled with three generations of kin—evidence that the house has evolved into a home.

RiverBanks is the residence of Rico Viray and Susan Miller Viray, who run a creative agency in New York City. The house is named for two of the couple’s beloveds: the Hudson River and Banks, one of their two city-bred German Shepherds (now “paws-down country dogs,” says Rico). Susan always wanted a place near the water in which to gather the couple’s two large families. Saugerties’ charm and scintillating river views sold them on the site. 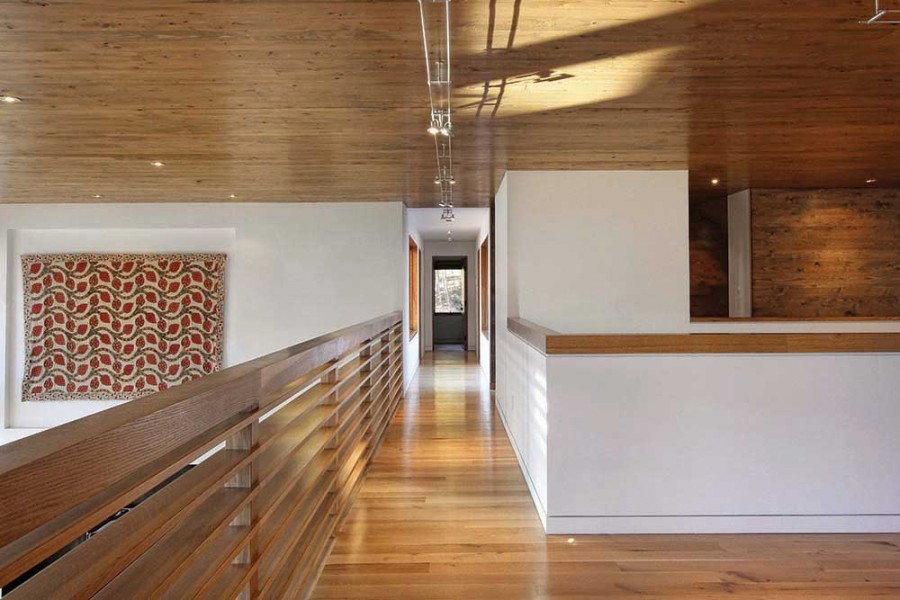 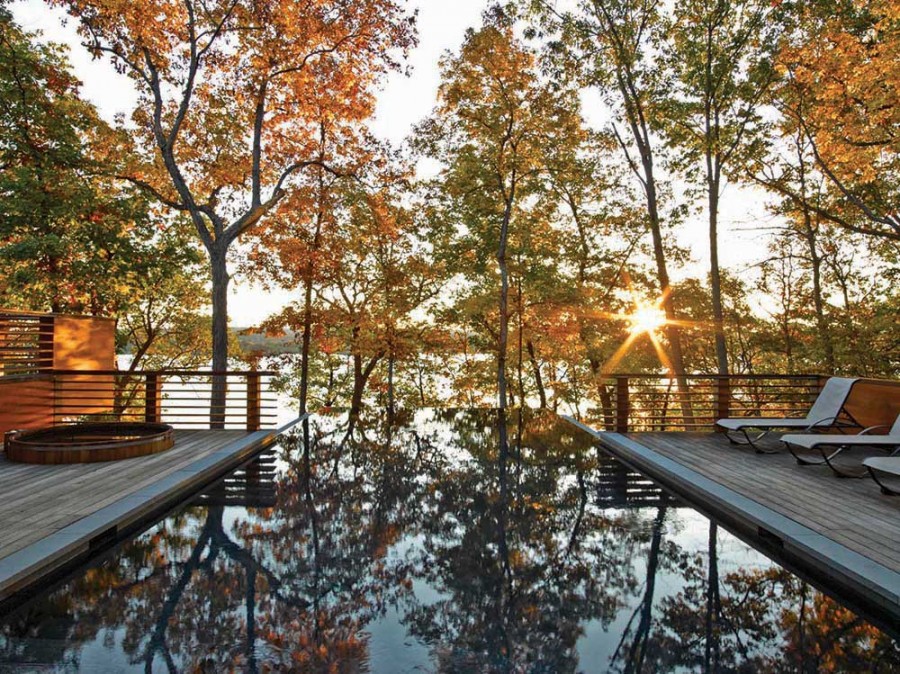 Designer Fauzia Khanani, a longtime friend of the Virays, planned the house. Its 6,780 square feet include an open floor-plan main wing and a four-bedroom guest wing, connected by a glass bridge that floods with morning sun. Soaring 20-foot ceilings open up the living and dining areas, bisected by a four-sided stone fireplace. The living room is lined with bluestone sourced from local quarries.

While the living room is Susan’s realm, the cooking area is Rico’s milieu. Half-height ceilings make the sleek kitchen feel more intimate, thanks to an overhead playroom mezzanine added when Rico’s daughter announced she was expecting. The third floor, dubbed “the bird’s nest,” is Rico and Susan’s sanctuary, outfitted with a bedroom, bathroom, and home office. A private deck, flush with the treetops, offers stellar views of the river and sky. 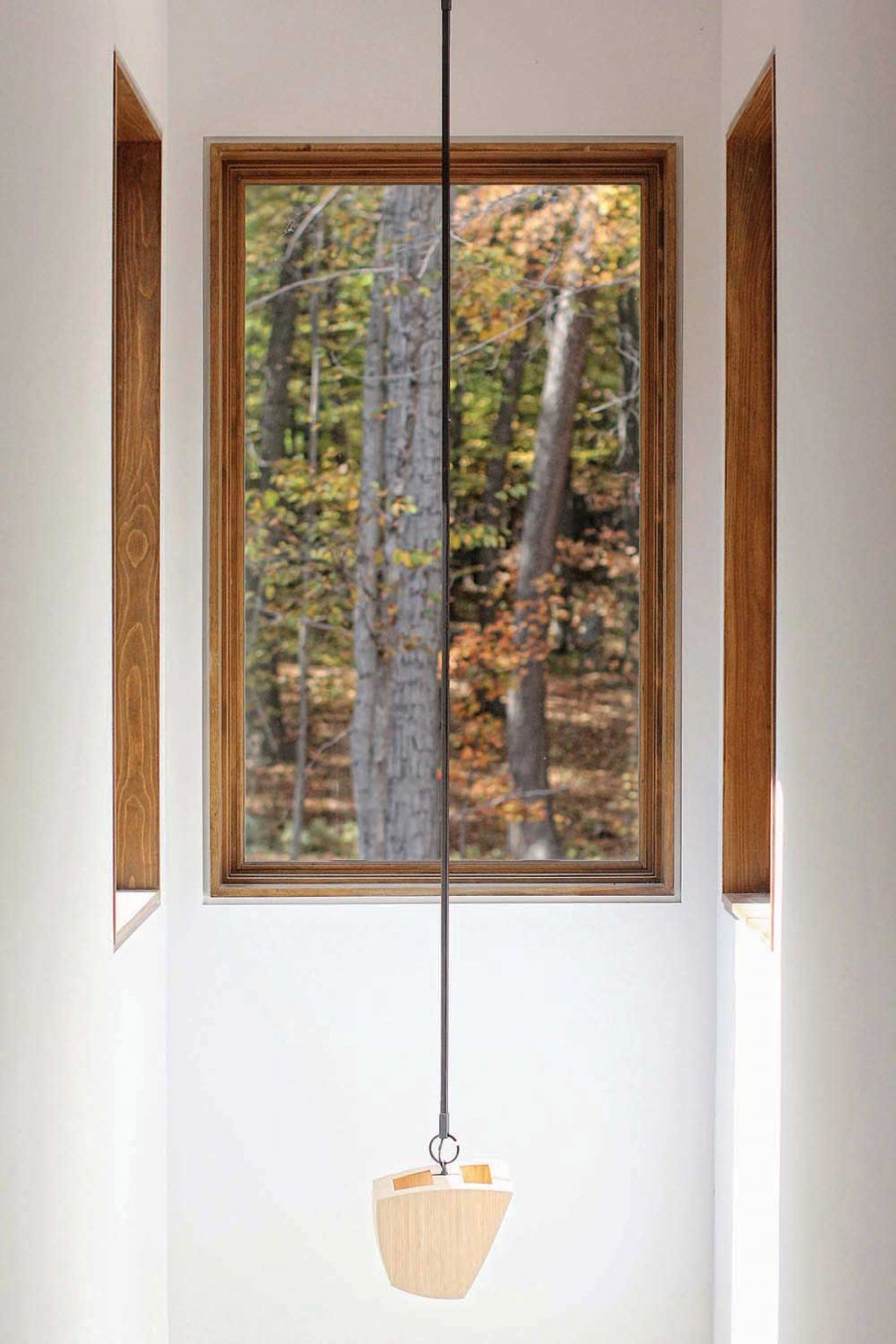 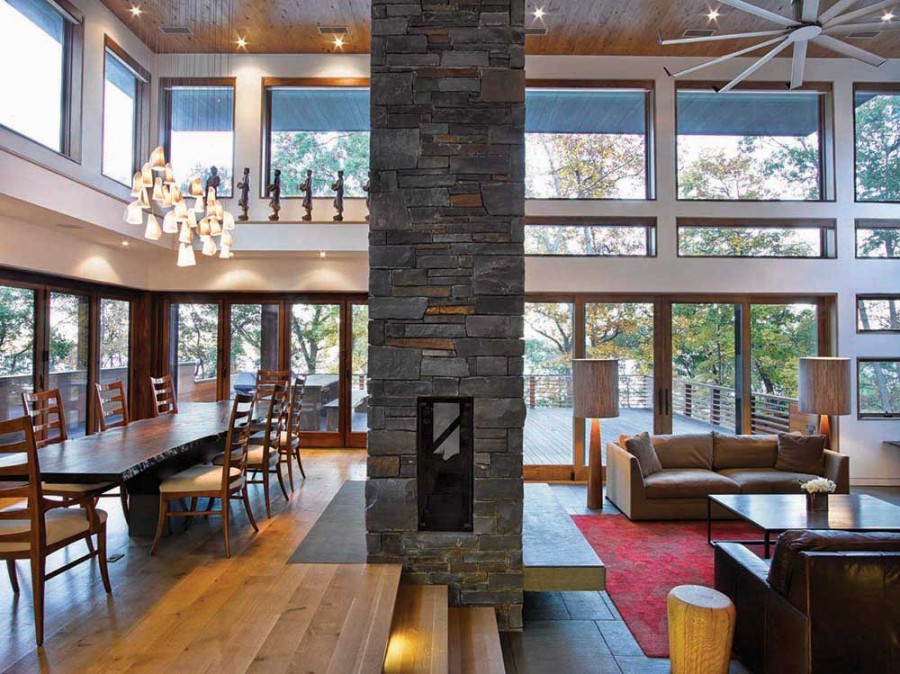 Marrying the structure with its surroundings drove the design. The tiered, cantilevered decks, inspired in part by Frank Lloyd Wright’s famous Fallingwater in Pennsylvania, pay homage to the site’s original topography—a cascading mound of trees and bedrock. The rectangular pool, designed in collaboration with the landscape architect Julia Storek Oberhoff, features a three-sided infinity edge that creates a visual segue into the Hudson River.

Fauzia used wood to “bring back the humanness to a space—it’s got texture, it’s not hard, it’s not cold.” It also draws the landscape into the design. More than 200 trees were cleared from the site and then milled and kiln-dried at a local lumberyard for the house. Fauzia collaborated with Chatham-based Hivemind Design ad repurposed the wood to create six solid stools, placed throughout the house, and headboards for the twin beds in the guest rooms, which can be cleverly connected by giant steel dovetails to form a double bed. 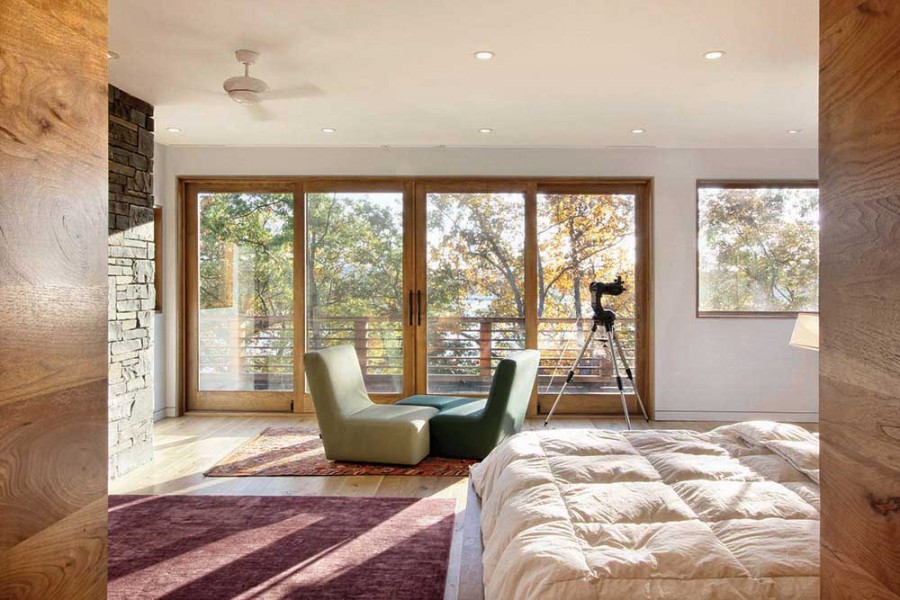 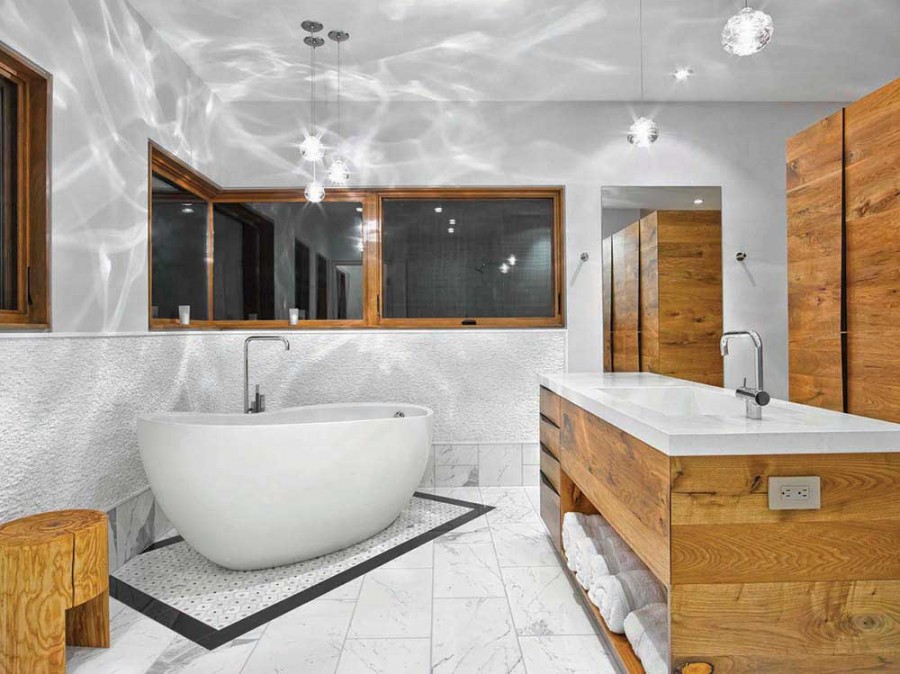 The 2.5-year construction process was a familial affair in itself. Fauzia left her job in San Francisco to devote herself to the Virays’ project. (She has since opened Foz Design in Manhattan.) On site almost daily, she developed first-name relationships with the entire Wolcott Builders crew, whom she says “all became as invested in this project.” When RiverBanks was completed, the Virays hosted a party for the 250 people who had worked on it because “they restored our faith in American craftsmanship,” says Rico.

“When I hear Rico and Susan talk about leaving the house to their granddaughters now, that makes me really happy,” Fauzia says. Having downsized their Manhattan apartment, the Virays now spend most of their time at RiverBanks, surrounded by family and friends. “Our hearts and minds have, literally and figuratively, gone upriver,” says Rico. 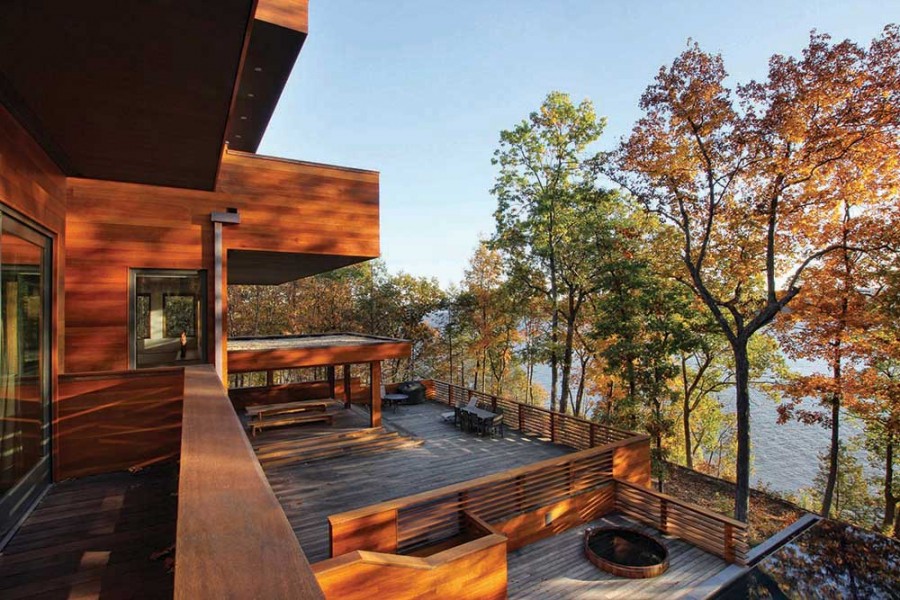