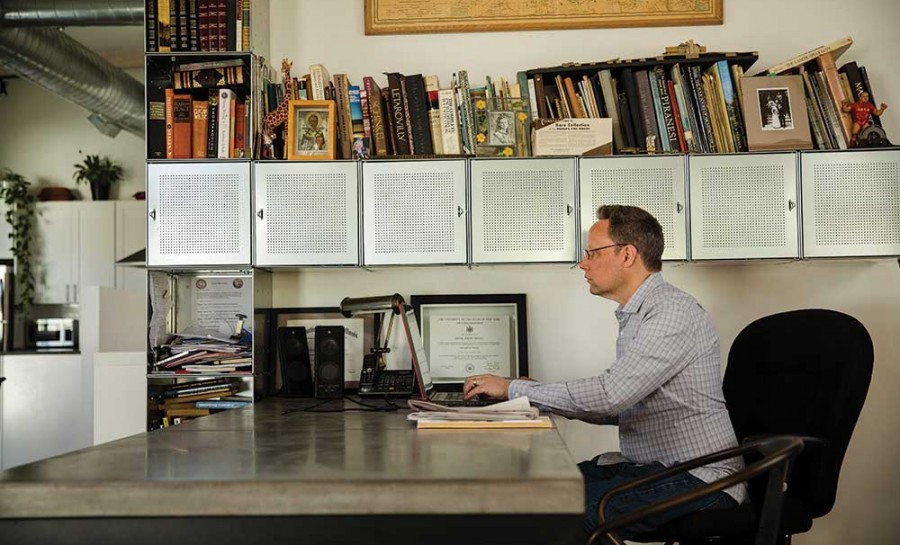 If Beacon had an architect laureate, it would be Aryeh Siegel. Born and reared in New York City, Siegel, 51, has become so personally invested in restoring and remaking the architecture of his adoptive town that he moved his family into one of the projects he’s now working on for a private client.

Siegel, who received his Bachelor’s of Architecture degree from Pratt Institute and studied journalism at NYU, worked for several New York firms on projects ranging from the expansion of Mt. Sinai Hospital’s radiology department to the gut renovation of Finland’s Ambassador to the U.N.’s apartment.

Since opening his own upstate practice in 1996, he’s become one of the Hudson Valley’s most in-demand architects, with a growing list of projects. He had a first hand role in the community’s architectural rebirth, working on such high-profile local projects as Dia:Beacon, the Roundhouse at Beacon Falls, the Towne Crier Café, the Beacon Dog Park, the Beacon Cultural Community Center, and a growing list of residential, commercial, and mixed-use sites, many of them re-adapting historic structures dating from the area’s industrial past.

Below, Siegel discusses the architecture of Beacon, the Upstate aesthetic, and his brief stint creating props for one of America’s most beloved TV shows. 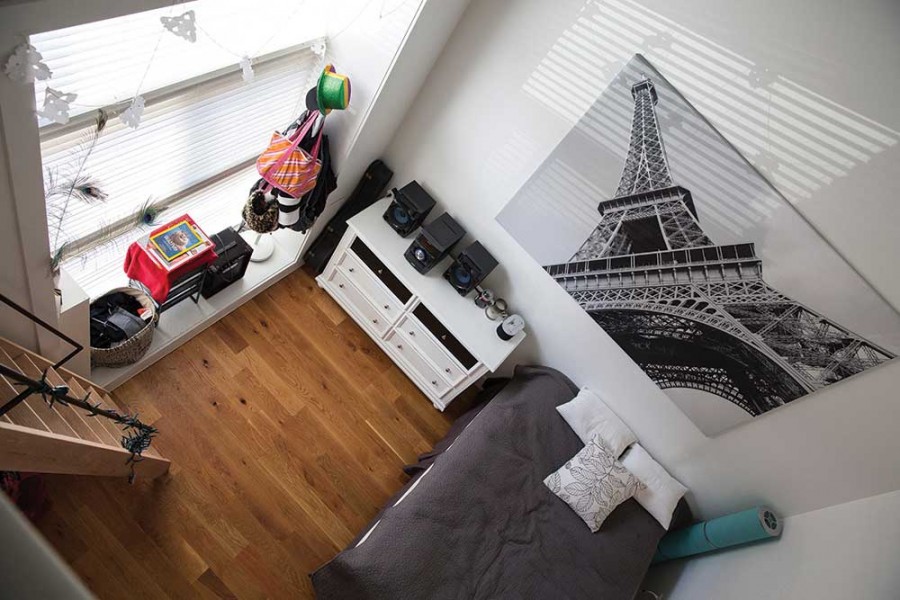 What makes your clients choose you?

I work on both modern and traditional projects: single-family residences, additions, adaptive reuse of industrial buildings, restaurants, music venues, theaters, and hotels, as well as site planning and interiors. I think the variety of work has given me a breadth of experience that is unusual for a single firm. I try to approach each project as a collaboration with the client to come up with unique, cost-effective solutions.

How does Beacon’s architecture and the town itself inspire you?

A lot of the buildings in Beacon come from an era where careful detailing was the normal way to build, even for utilitarian kinds of buildings. It makes you look closely at how to fit new construction into the existing fabric of the city. The old factory buildings are great to work with because a lot of them are monumentally scaled, with high ceilings, big windows, and existing structural elements and details that can be incorporated into new uses. Beacon’s Main Street is unique because of its length and the fact that it currently has a center of activity at each end, but it has a scale and building character similar to other Hudson Valley towns. It’s really been an honor to have some influence on the visual environment of the place where I live. 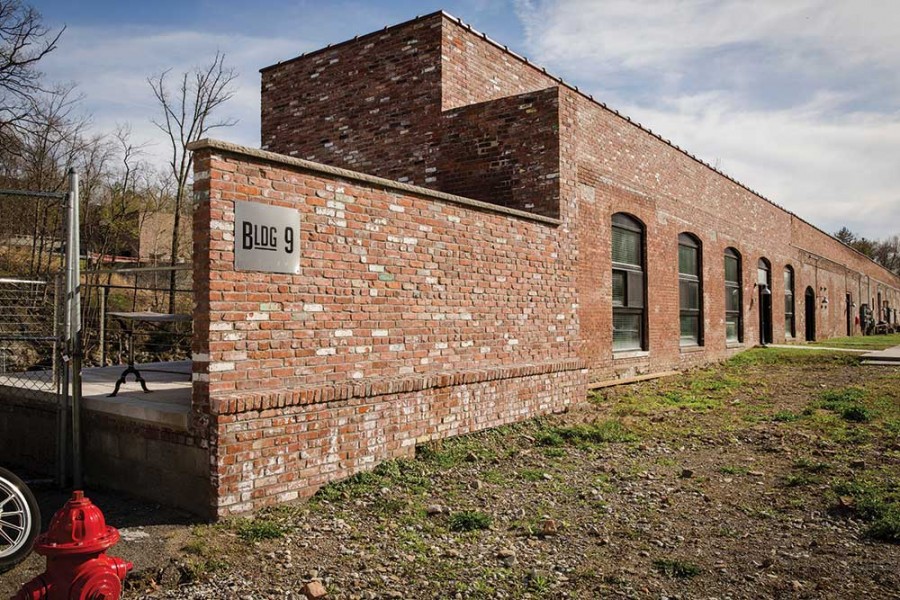 Like so many other small Upstate cities these days, Beacon is being touted as “the new Brooklyn.” As someone who moved up from Brooklyn, do you agree?

Beacon has its own personality. There’s a strongly established group of people who have been here for generations, and they’re generally welcoming of the improvements that the new influx of people have brought.

I moved here in 1999, when there wasn’t much outside interest in the area yet. The Dia:Beacon museum project, which opened in 2003, was a real impetus for artists to start moving to the area. But the newcomers aren’t just from Brooklyn. I’ve met people here from all over, as well as people who left and came back.

The quality of life in Beacon is ideal: a small city with the vibrancy that comes with an urban environment, surrounded by the river and the mountains. It’s a very easy commute into New York City. It’s been a great place to live and raise a family, and the fact that so many new businesses and restaurants have opened up in the time we’ve been here just makes it even better.

How did you come to consult on converting the former Nabisco box building into the Dia:Beacon contemporary art museum?

I had been designing a house on Shelter Island for John Chamberlain, one of the sculptors represented at Dia, and I was talking to him one day about the house my wife and I had looked at in Beacon. He said, “I think I’m going to be in a museum in Beacon.” So John introduced me to Dia’s director of operations, who asked me to consult with the museum during the initial construction of the building. I periodically design and/or document some of their new spaces and exhibitions. 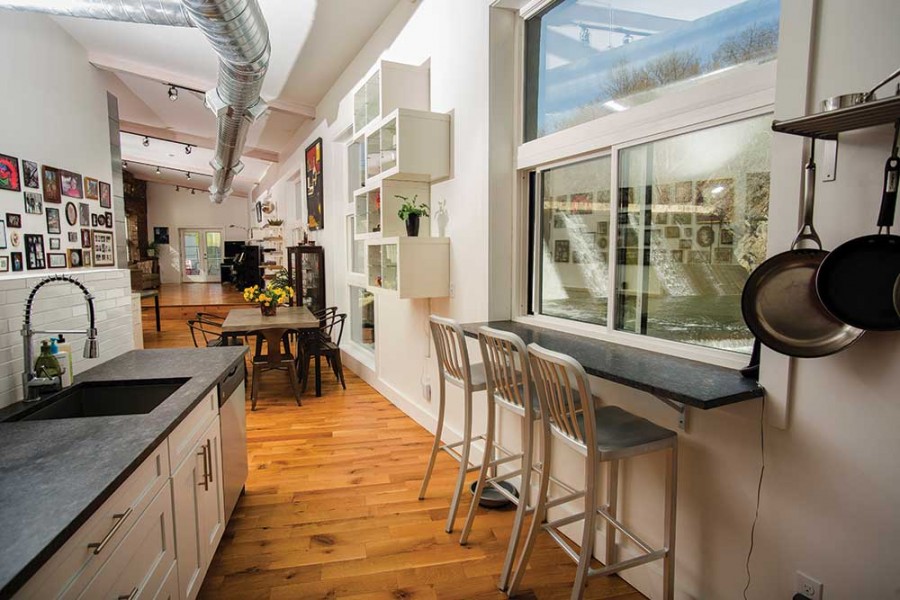 You were also the architect on the Roundhouse at Beacon Falls, a very impressive restaurant, boutique hotel, and wedding/event space. What was the process like on that project?

Originally, the developer was just going to renovate only the central, drum- shaped Roundhouse building, which was the main structure in what had been a hat factory built during the 19th century, into a small restaurant with a few hotel rooms. The scope of the project grew to include the entire [multi- structure] property, so I first laid out the master plan that ties the buildings, open space, and circulation together. The project started with the design of the five live/work lofts in one building and moved on to the design of the hotel, restaurant, and events space, which were spread out among a number of other buildings on the nine-acre site. The idea was to retain as much of the existing Roundhouse building as possible while making interventions that enhance the original layout. In the restaurant, we installed big storefront windows that look out over the adjacent falls and Fishkill Creek. In the events space, we opened up another wall facing the creek that’s almost fully glass. Local craftspeople and artisans were involved in fitting out the buildings. I’m proud of how successful the space turned out to be.

How is it different working Upstate than in the city? Is there an Upstate aesthetic?

It’s not in every town up here, but in general, and in Beacon especially, you get support from the local building department and the planning and zoning boards, which are very helpful and want to see things grow. I find there’s a similar mix of people who want traditional and modern design both Upstate and in the city, so I don’t think you can really pinpoint a specific Upstate aesthetic. 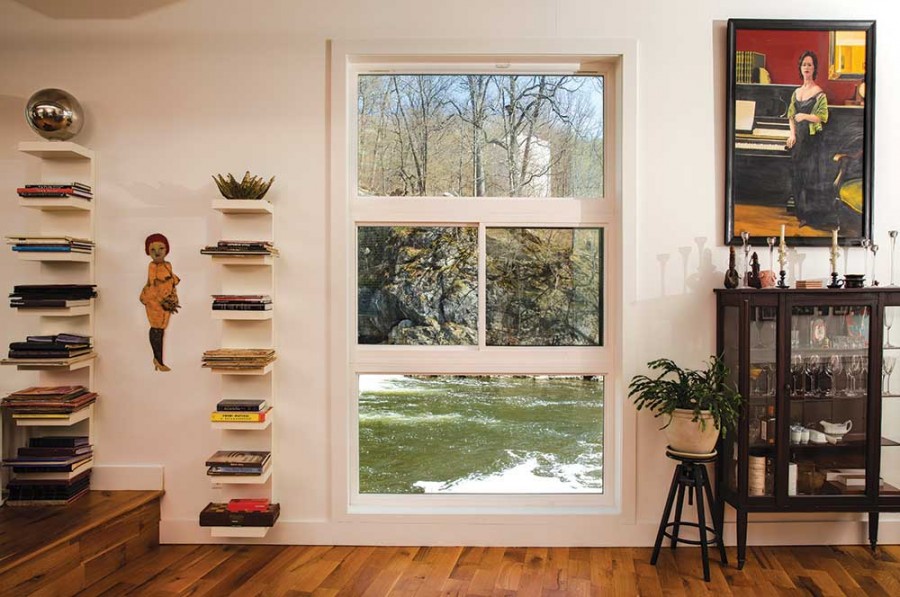 Currently, you and your family are living in Beacon Lofts, one of the sites you’re renovating.

The project—an old furniture factory that was mostly abandoned for years—is along the Fishkill Creek. The whole property is being improved, with new landscaping, circulation, a greenway trail, and infrastructure. The owners plan to transform the entire site into 140 residential artist live/work lofts, except for the existing self-storage building, which will be enlarged.

As construction was under way on one of the buildings, I was on a site visit with the owner. One thing led to another, and he asked me if I wanted to move there. I brought my wife and daughter over and they loved the place. It’s very different than the Victorian house we had been living in, but we were able to customize a few things before construction was completed. Originally, our loft hadn’t been renovated for a specific resident. We needed closets and the space didn’t have any, so I designed some storage space. The high ceilings allowed me to design a loft bedroom for my daughter, which also has a closet she likes to hang out in. Since we like to cook, we also did some kitchen upgrades.

What’s on the horizon?

I’m currently working on a couple of other master plans and factory building renovations near Main Street. One of these is the old Salvage Yard property that will be converted into six large condominium lofts right on the creek. I designed a movie theater in the historic district, which was approved by the city. I’m also involved in a number of local residential projects.

Some of your renderings appeared in the final episode of “The Sopranos”! How did it feel to be Mr. and Mrs. Tony Soprano’s personal architectural consultant?

The property master for the show found me through a friend of a friend, and they needed architectural renderings on short notice to use as a prop for the final episode. They wanted the renderings to reflect what might be designed for a set they had already built. I love the show, so I was very happy to get involved. The scene didn’t come on until the end of the episode, so I thought maybe they’d cut it. But then it came on, and it was a thrill.