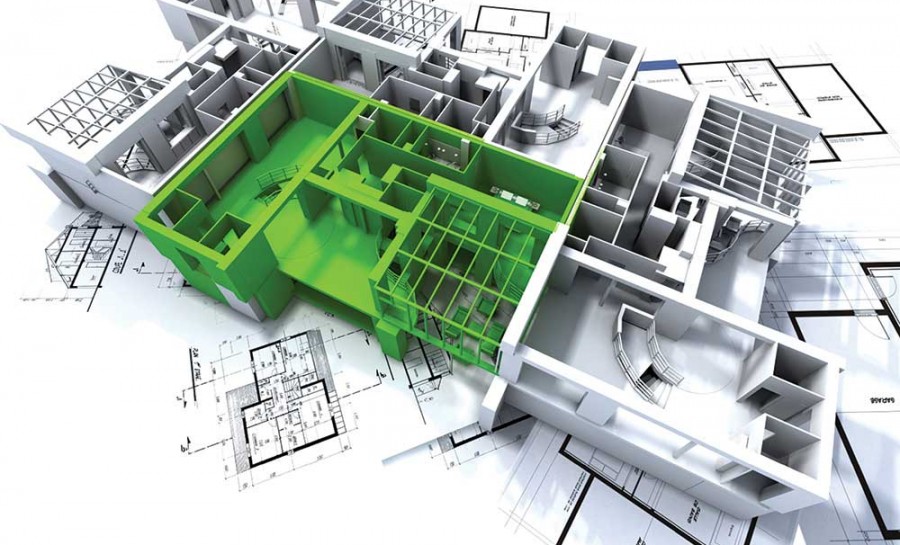 A myriad of tensions continue to press the practical need for a new paradigm regarding how we build and power our homes and businesses: rising energy costs and rising ocean levels dictate that both widespread awareness and action are at a premium. Though the pace toward change may seem frustratingly lethargic at times, great strides are indeed being made. According to a 2012 article in Bloomberg News, energy harvested from renewable sources—solar, wind, geothermal, and biomass—doubled in the United States between 2008 and 2012. New York Governor Andrew Cuomo’s NY-Sun initiative, which pledges to quadruple the number of solar power installations statewide by the end of this year, has led a charge toward more affordable, sustainable growth. In the Hudson Valley, the tireless battle to join a more holistic relationship with the Earth with a higher quality of life is led by progressive visionaries from many fields.

This past year, Assemblywoman Amy Paulin took the reins as Energy Committee chair. “We need a commitment from the highest level of government,” says Paulin, “and the financial resources. NY-Sun is that kind of investment, and I want to put all of my energy into making that a success. Energy is at the epicenter of all of our lives. In order to have any kind of quality of life, you have to have a reliable and responsible way to turn on the lights. Knowing I’m working on something that affects everyone I know and love, and beyond, is extremely rewarding.” 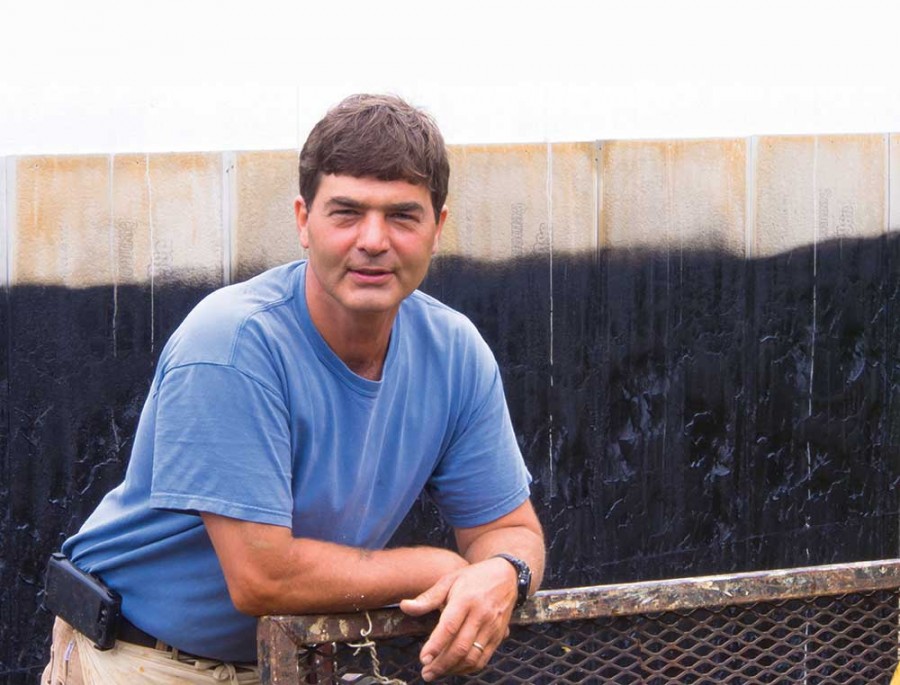 “The most important thing is the education leap,” says New Paltz builder and Greenhill Contracting owner Anthony Aebi. “You’ve got to make sure that people know what they’re getting.” What is it that Aebi is offering? Simply this: zero-net-energy homes. He delivers dwelling that are self-contained, self-sustaining sources of their own power; homes that, rather than incurring astronomical energy costs, regularly garner homeowners a check from Central Hudson for the surplus energy they provide.

Since breaking ground on his first development in 2008, Aebi has been a man on a mission, driven first and foremost by real pragmatism; the energy efficiency and drastic reduction in carbon footprint are literally just the byproducts of doing it right. “I was building stick-built homes, and I realized: This is just stupid,” says Aebi. “We build these ‘temporary’ homes so we can keep repairing them, and then build another one in a hundred years.” Taking inspiration from European techniques, he changed from using wood framing to using Insulated Concrete Forms, or ICFs, which provide a long-lasting and airtight foundation. Superefficient triple-pane windows and comprehensive insulation complete Aebi’s thermal envelope design. The building’s infrastructure incorporates solar and geothermal power; a heat-recovery reclamation system captures, filters, and recirculates tempered air and moisture, ensuring not only proper humidity, but superior air quality as well.

Aebi’s current project is his most ambitious yet: the Preserve at Mountain Vista in New Paltz. It incorporates improved planning and design to deliver not only a surplus of energy, but also an affordable bottom line. “Between the generous government tax credits and the savings on utilities, a $400,000 zero-net-energy home costs approximately the same to own and operate as a $300,000 traditionally built home,” explains real estate agent Wendie Reid. “And there are no more worries about what Central Hudson and oil companies are up to. These are truly the homes of the future.”

In order to bring this undertaking to fruition, Aebi has recruited the assistance of John Wright of Rhinebeck’s Hudson Solar. Wright established his family-owned company, originally known as Hudson Valley Clean Energy, in 2002. Zero-net-energy building is nothing new to Wright; his Rhinebeck  headquarters was the first commercial building in the state to require no external energy source. Having navigated the hard-fought progress through a time where prohibitive costs and limited availability made energy alternatives a tough sell, Wright is encouraged by advancements that make endeavors like Aebi’s both responsible and shrewd. “These systems pay for themselves,” he says. “Honestly, it’s cheaper to do it than not to.” Wright points to incentives like the 30 percent federal tax credit for renewable energy systems, state-level savings options like the NYSERDA rebate program, and recently expanded funding and governmental support for solar leasing programs that have made the technology available to a whole new demographic of homeowners. “Unfortunately, there’s this old argument that it’s still too expensive, and it takes too long to get the money back,” says Wright. “Those objections don’t work anymore. It’s a game changer.”

Changing the game—and the playing field itself—is a primary motivator for geothermal designer Lloyd Hamilton of Verdae, LLC, in Rhinebeck. Hamilton is another essential contributor to Anthony Aebi’s work; in fact, he was integral in designing the first zero-net-energy home in New York, as well as installing its highly efficient geothermal heat pump (or ground source heat pump) (GSHP). “I am driven by a desire to lessen the impact to the environment that my work has,” offers Hamilton, who began his career in the HVAC field in the 1970s. His dedicated study of building science led him to innovations in refining the integrity of a building’s envelope (the physical separator between the interior and the exterior environments of a building), helping to reduce costs and sell sustainable systems when oil prices were still relatively inexpensive. Hamilton offers plans that reduce heating and cooling energy usage by 80 percent.

Yet beneficiaries of Hamilton’s insights aren’t limited to those building a new home; much of his focus now goes to consulting on deep energy retrofits (DER), a first step toward leading almost any building toward a net-zero future. “Anyone who is ready to replace the siding and roof on their home is the perfect candidate for a DER,” he explains. The extra cost is low, and a possible 70 percent reduction in energy consumption, an increase in durability, and improved comfort and indoor air quality are great payoffs for doing it. I see an awakening happening. People are starting to be aware that there is a difference, that efficiency and quality is possible.” 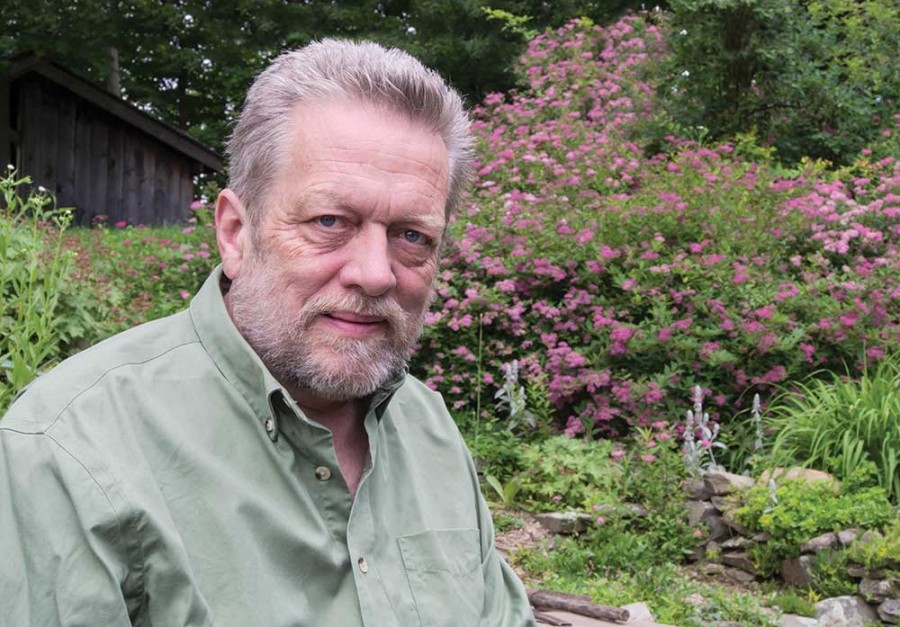 For decades, Manna Jo Greene has been a preeminent part of the movement to create awareness, on many fronts. The environmental director for the acclaimed Clearwater Foundation, she began as a teenager working with Dr. Martin Luther King to lobby for the passage of the Civil Rights Bill. It was 15 years ago that Greene took the cause of sustainable building under her wing. Her Sustainable Living Resource Center in Cottekill, completed a decade ago, has been a beacon of possibility throughout the area.

Even Greene was in store for an awakening when fellow activist Lloyd Hamilton suggested her own Cottekill home serve as one of his DER research projects.

The results have been astounding, says Greene, who has cut her energy usage in half and transformed her once-drafty 1945 Cape Cod into a warm, inviting, mold-and-dust-free paradise. “In this country we’re scraping that line where we will have gone beyond that point of no return,” she says. “If we can all reduce our heating and cooling costs and our energy consumption by 50 percent, that is going to make so much difference. This is really how you begin to fight climate change, and mitigate climate change by reducing your carbon footprint.”

How can we create a living environment that is genuinely harmonious with the world around us? It is this challenge that New Paltz architect and builder Rick Alfandre has put before himself each day since the inception of his firm in 1991. Alfandre is devoted to creating ecologically sound, sustainably responsible structures in New Paltz and beyond, drawing on an ever-increasing education in green building advancements. Alfandre Architecture’s photo gallery shows a design sensibility that works in harmony with the unique beauty of the Hudson Valley, which Alfandre has called home since the 1980s.

While staying on the cutting edge of creating efficiency and livability, Alfandre also seeks something more: a true accord between man and nature. “It’s time for us all to be planting the seed in our minds beyond sustainability, toward something that is restorative,” he posits. Alfandre envisions a true symbiotic relationship, actually creating happy homes for wildlife while successfully sheltering humans and putting clean water in the ground. “I think of it as a multi-dimensional approach; spatial, but also in time. Look at a tree. Here’s a building that makes structure, creates beauty and habitat, cleans water, clean air, holds soil in place, and creates joy. How do we get there? How do we do it and have it not be so expensive? We’ve got to keep asking these questions.”