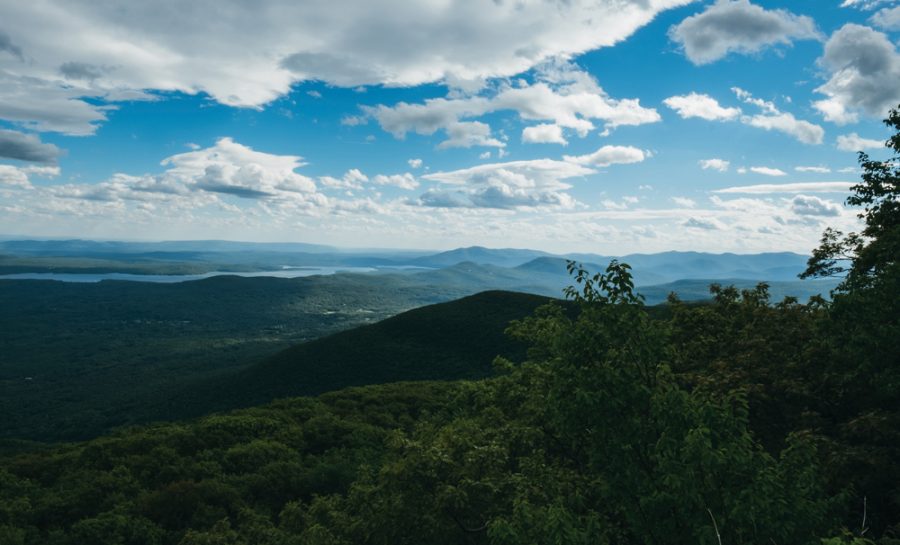 When Gov. Andrew Cuomo’s New York on PAUSE 10-point plan was issued via executive order on March 20, nonessential businesses were shut down and the real estate market, which had been roaring red hot, was thrust into a state of suspended animation. In-person home showings, open houses, walk-throughs, and meetings were suddenly off the table—and nobody was sure for how long.

“Things are not where they would normally be in spring,” says Gail Fattizzi, president of the Hudson Gateway Association of Realtors, a trade association representing more than 13,000 real estate professionals in Manhattan, the Bronx, Westchester, Putnam, Rockland, and Orange counties. “Year to year, both new listings and properties going into contract are down about 50 percent. Closings are down about 15 percent, partly because organizing a drive-through closing takes a lot more coordination.”

Agents have gotten increasingly adept at the art of the remote showings and Zoom open houses. “You have to be the buyer’s eyes, ears, nose, and instinct on the ground,” says Fattizzi, “and have a really clear sense of their priorities. As a buyer’s agent, you need to engage people on multiple new levels, and it’s a huge responsibility. Trust has always been key, but never more than now.”

Realtors are hoping to resume appropriately distanced in-person showings by mid-June, but everything depends on public health. “We really have no idea what that will look like yet,” says Fatizzi. “The chief economist of the National Association of Realtors has suggested that showing a house to an individual can be safer than a trip to the grocery store, and states around New York are allowing showings. But the governor’s the one with the data, and we share his priority, which is keeping everyone safe. We are a Phase 2 business in the Mid-Hudson region, and we’ll reopen when the safety benchmarks are met.”

Meanwhile, home prices continue to rise. According to statistics from the New York State Association of Realtors, the median price of a home has risen 4.1 percent over March 2019. And in the Hudson Valley, where inventory was already low, a combination of factors points to a strong surge of properties changing hands just as soon as realtors are ready.

But not everyone is waiting. Candida Ellis, principal broker of Coldwell Banker Village Green Realty, which covers Ulster, Greene, Orange, Dutchess, and Columbia counties, is moving herself. She had already purchased her farm in Saugerties before the shutdown; when she listed her old home in Kingston in mid-May, she got 15 calls in the first four hours. “I wouldn’t call it a feeding frenzy—yet,” says Ellis. “But people are buying things sight unseen. Many, many companies and individuals have discovered that they can work remotely most of or all the time, and they’re rethinking their life options. I think we’re going to be seeing a whole new influx of great people who want to live in the Hudson Valley.”

Some current residents, Ellis observes, have reconsidered leaving and have pulled their homes off the market. If the inventory was tight in January, the general feeling is “We ain’t seen nothin’ yet.”

Building construction, a Phase 1 industry, will no doubt be feeling the results of that market pressure. “I expect there to be a similar boom to what we experienced after 9/11 and maybe even more so,” says Thomas Tripodianis, president of the Hudson Valley Builders and Remodelers Association. “There was already an exodus before this of people from the city coming upstate, this will only accelerate that process.”

Like real estate, construction started 2020 with a roar and ground to a stop in March. “We’ve seen a bit of a slowdown,” says Tripodianis. “Residential construction has been shut down for some time now, and though we expect it to resume soon, builders have not been able to finish off homes, real estate brokers are unable to show homes—there’s going to be a temporary backlog of projects that were halted to comply with the governor’s orders that will need to be dealt with once things reopen.”

Some of those people looking to buy will be after second homes, at least as a start. It hasn’t escaped anyone’s notice that second home owners have experienced a much more tolerable quarantine. “Pre-January, second homes were seen more as luxury items,” says Jennifer Smith Couti, owner of Atlantic Custom Homes. “Now families are thinking of it more as a necessity—having a place to go, to bring the kids, where they can have space to spread out in the event of another lockdown.”

Much of the demand, says Fattizzi, is yet to emerge. “I know that my Manhattan friends are not in Manhattan right now—they’ve scattered every which way. But as they return, there will be a reckoning. People who own [houses] can’t get free as fast as renters, with everything shut down there, too—but once they can, it will come down to: ‘Can I survive in the ’burbs?’ And the expansion of remote working is going to change that equation,” she says. “A lot of people are going to be rethinking the logistics of their lives on every level after all this time in their homes, realizing they need more space or less, more outdoor access. In the city, doing errands means an elevator, a crowded sidewalk. Parking your car means turning it over to a valet; in the country, no one else touches it. There will be plenty of old-school New Yorkers who are undaunted and just figure ‘this too shall pass,’ but many people will be looking hard at quality-of-life issues in new ways. And I think the Hudson Valley, along with the rest of the tri-state suburbs and towns, is going to be where many look for solutions.”

Taken together, all signs point to a market that will peak later than usual this year, with demand rushing in like a rising tide as soon as logistical issues are resolved. And builders and realtors have had many long weeks to plan, strategize, field inquiries from the house-hungry, and position themselves. “We’re in a situation now where builders are in a stand-still position, and we’re primed in terms of needing supplies,” says Tripodianis. “We expect the rise in demand to be similar to that of post-9/11, but as that was a one-day event no one was expecting, the supply took a while to catch up with the demand. This situation has been more gradual, so builders are prepared in that regard.”

Tripodianis expects home design will evolve to accommodate remote working. Home offices, the infrastructure to support increased bandwidth, and other work-friendly amenities will be more important than ever, as will designs that allow plenty of individual privacy. “In the back of everyone’s mind will be ‘God forbid we have to lock down again,’ but should it happen, people now have a better sense of what their needs will be,” says Fattizzi. “And they absolutely know what it feels like to be stuck inside and tripping over each other.”

As New York State cautiously reopens for business, finding room for new Hudson Valley residents will be part of an even larger puzzle, along with redesigning every aspect of our environment to merge safety with pleasure. A consensus does seem to be emerging: Life upstate has its clear advantages, and those who can stake a claim up here are likely to be trying. “I saw a story the other day about a concert that was held at a drive-in,” notes Fattizzi. “The city doesn’t have a single drive-in.”