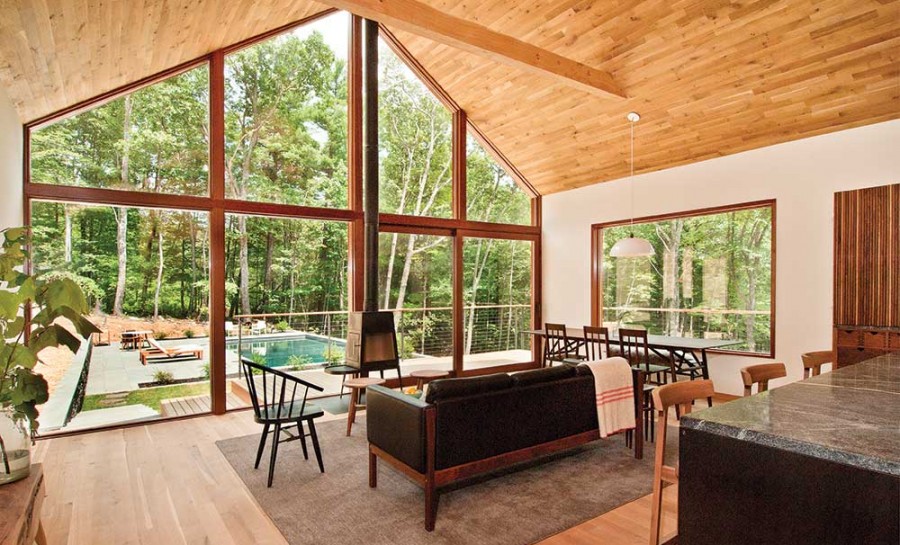 The first farmhouse Chuck Petersheim built was inspired by a 19th-century farmhouse that he saw one day while driving through the Hudson Valley. His “muse” had the clean lines and pleasing proportions of the Hudson Valley vernacular farmhouse: a wraparound porch, a fireplace, and long-plank floors. “It was a perfect little house,” he recalls.

Instead of trying to buy that house, Petersheim, who had left his life in New York City and discovered an affinity for building and design, decided to both replicate and reinvent it, keeping the aesthetic of the exterior while modernizing the inside. He changed the floor plan, ceiling heights, windows, heating and cooling options, and plumbing: a “new old farmhouse.”

That was in 2003. Today, at an average of 20 new homes per year, Petersheim’s company, Catskill Farms, creates prime examples of homes that look like farmhouses of old, with a clothes-on-the-line feel but with modern amenities.

Petersheim’s certainly not alone. In our region and beyond, a growing number of architects are beginning to specialize in this type of new old-house design. Hudson-based architects Dennis Wedlick and Alan Barlis designed the Claverack Homestead, a 12-acre compound including a white clapboard farmhouse, guesthouse, and garage, which features the classic farmhouse-steep roof with oversize windows and two-story, screened porches. 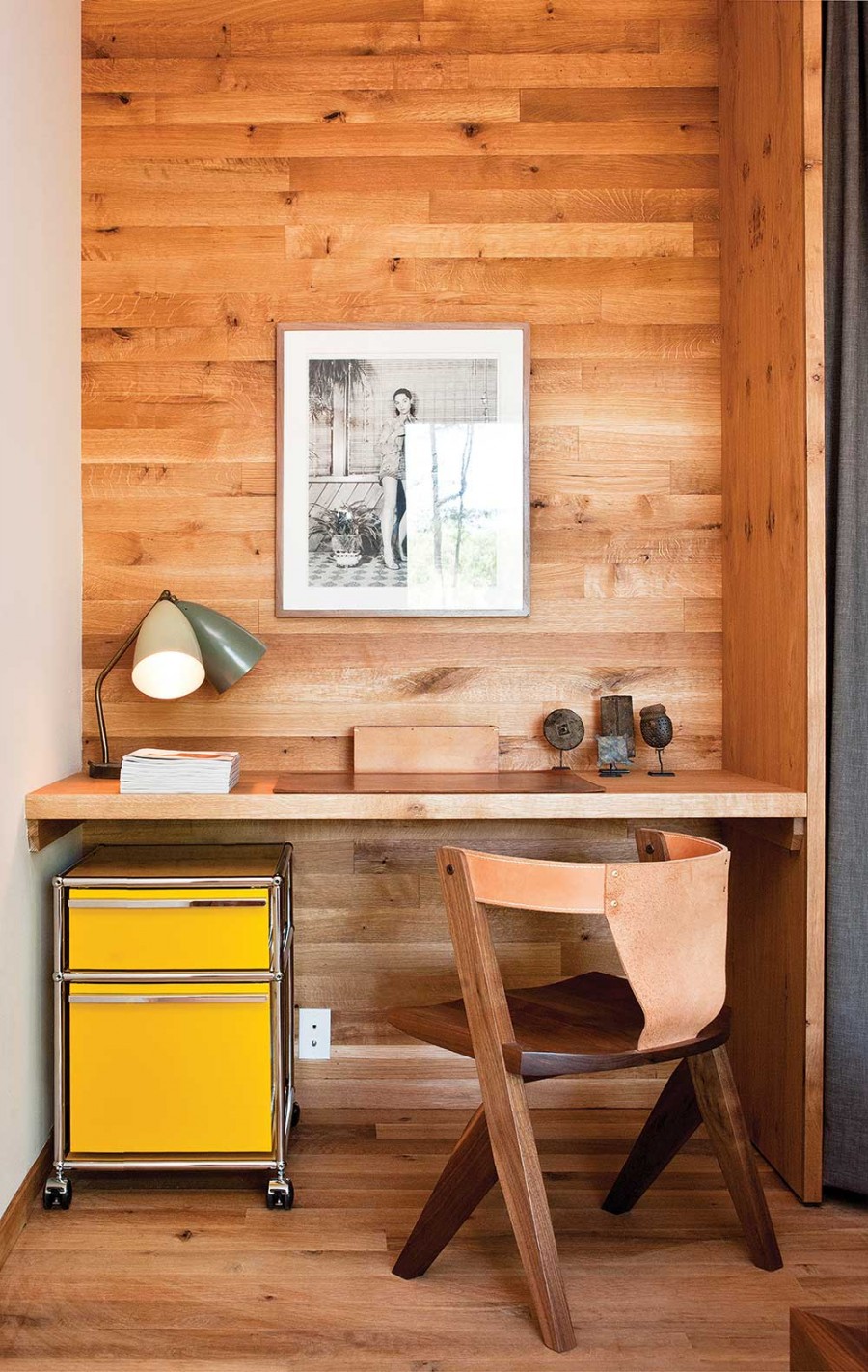 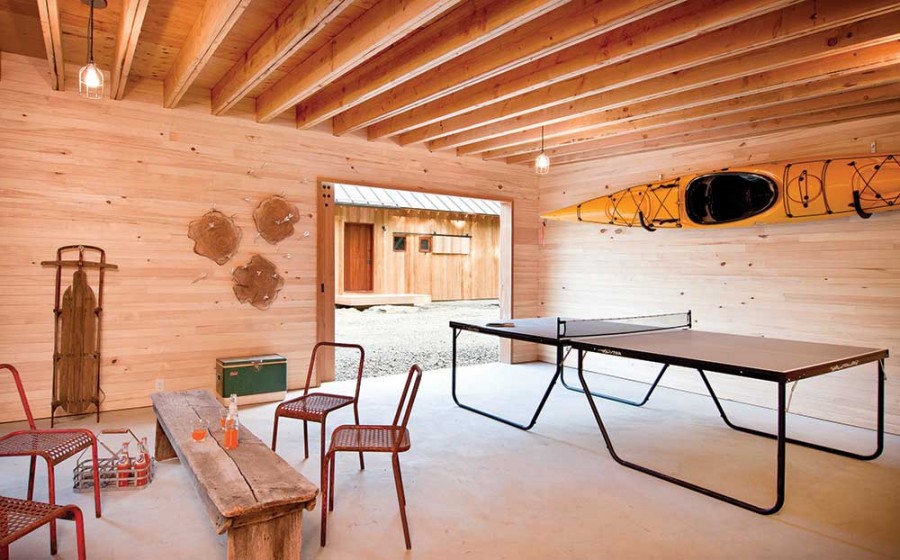 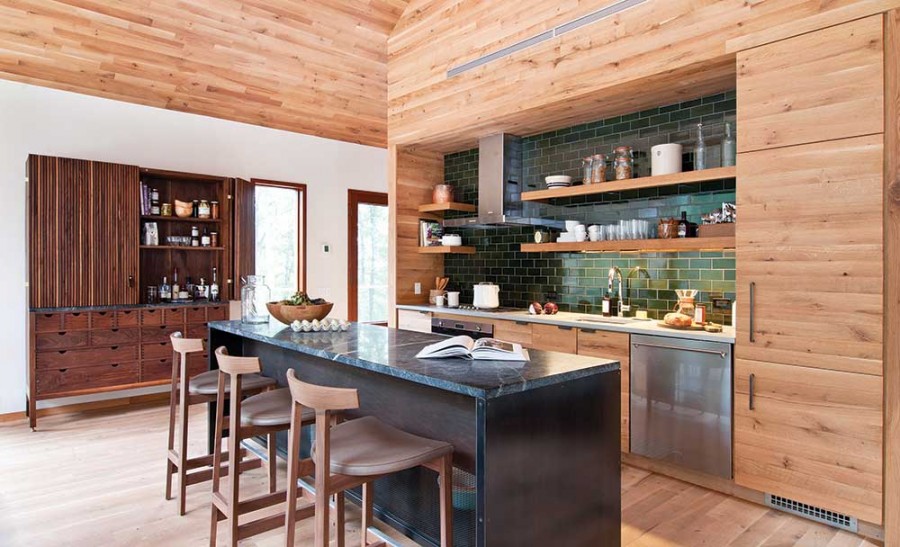 Drew Lang is the architect behind Hudson Woods, a 131-acre development located 100 miles north of New York City in Kerhonkson. The 26 homes don’t necessarily look old, but, says Lang, “The shape of the house is a very conventional one.” His clients, he says, are drawn to the homes’ classic, barn-style roof pitch and their wraparound decks. It’s “the alternative of a new home that’s not just a turn-key solution, but one that’s high-performing, relatively easy to maintain, and has a relatively low cost to operate.”

“The number one attribute that a new old home can have over an ‘old’ old home is the energy efficiency,” says Petersheim. “How efficient you can make a home these days has a dramatic impact on somebody’s operating costs, which has a dramatic impact on their enjoyment of their home.” In a new old home, the heating bill can be as low as $140 per month. In an old home heated by oil, it can be $500 per month. 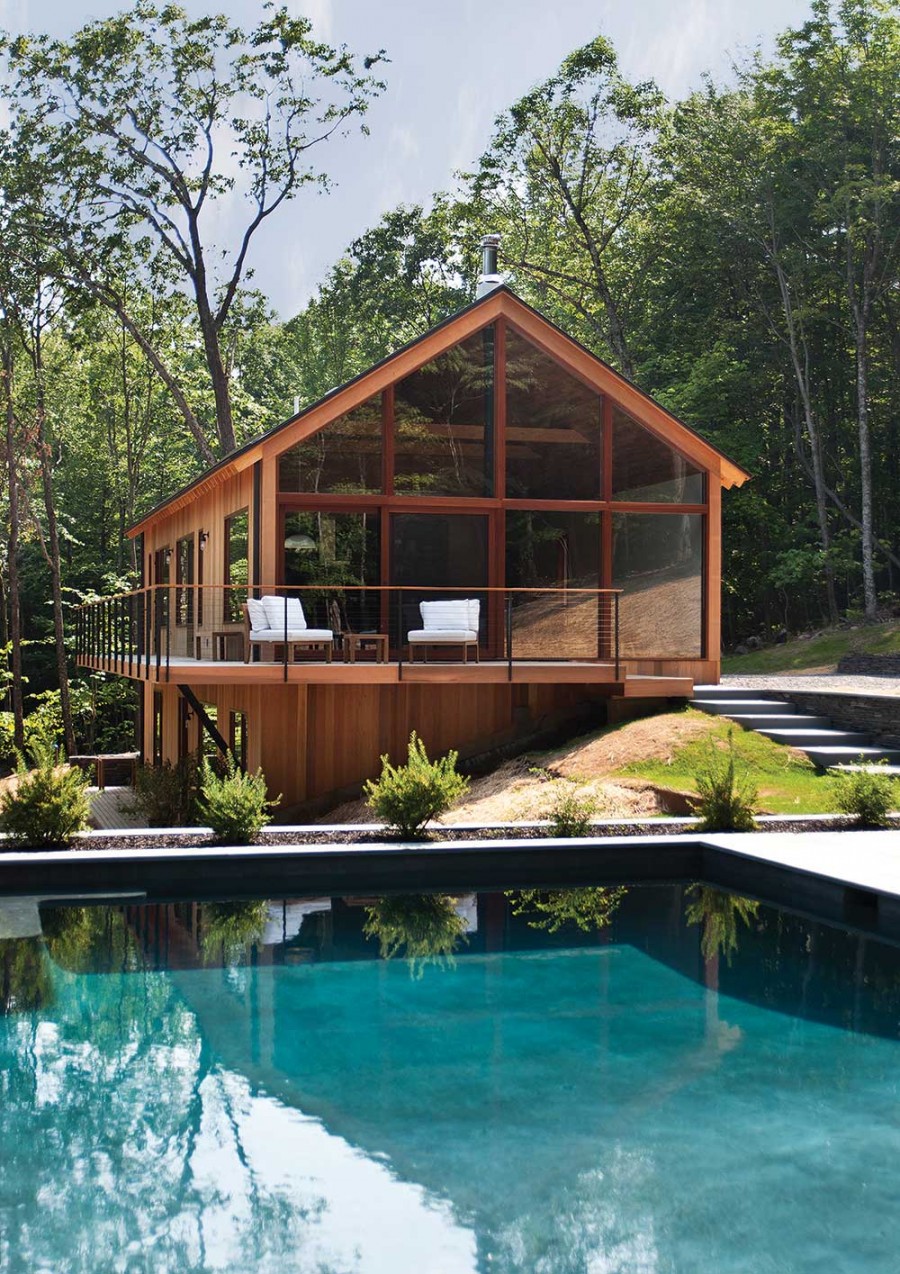 This may be why some younger buyers, especially those coming from New York City in search of a vacation home, are opting for these homes. Prospective buyers, according to Petersheim, are typically 28-to-45-year-old professionals who have been priced out of buying a home in the city and continue to rent there. They want a house Upstate that provides a respite from city life, not an expensive, year long “This Old House” renovation project.

Some of these buyers are willing to pay more to have the look without the work. DeWayne Powell, a real estate agent at Halstead Property who specializes in the Hudson Valley, says that “on the whole, the buyer who wants a farmhouse, and who’s not stuck in the aesthetic of pre-1860s, is willing to pay a premium for a new-looking farmhouse in order to avoid all the issues that come with an old house.” Over the past year, the median selling price for pre-1860 farmhouse properties was $332,500. For post-2007 farmhouse properties, the median selling price was $404,000.

Petersheim’s biggest sellers are those in the $300,000-to-$500,000 range. It’s a challenge, he says, for buyers “to find a little cottage or a little farmhouse that is reasonably controllable in cleaning, upkeep, prices, and value, and to find that in a moderate scale of 1500 to 1800 square feet.” In addition to wanting low-maintenance but historical-looking homes, he says, people want smaller homes. They also want an easy process. 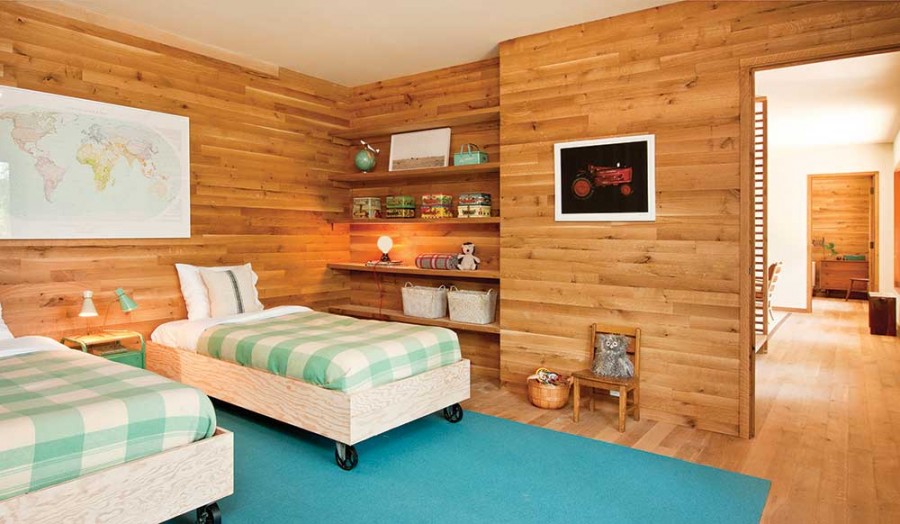 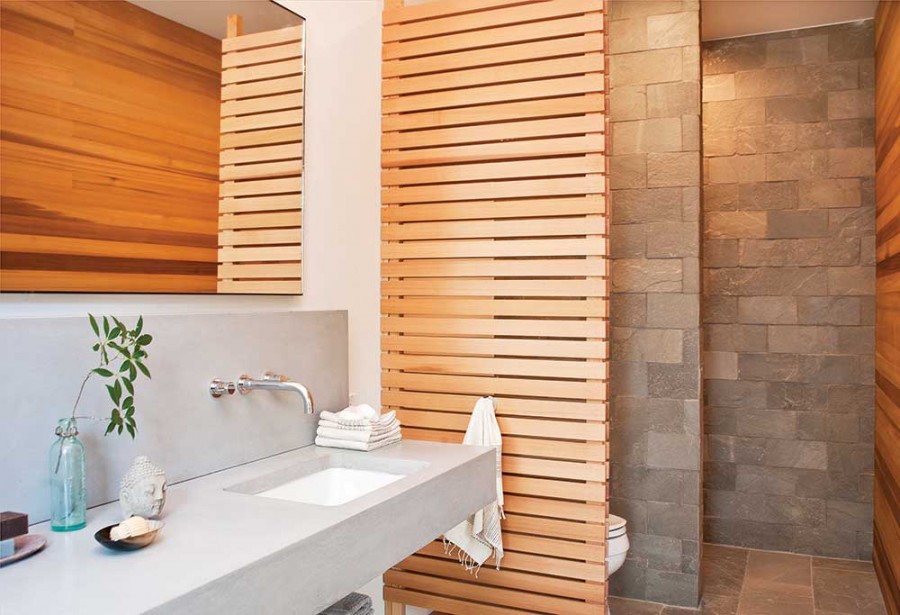 Catskill Farms offers a whole-system design approach to new home building. Petersheim and his team advise and guide buyers through not just building the new home, but also the area that best suits them, from Sullivan County to Columbia County. They discuss the price point buyers should be in based on their house parameters, what that’s going to cost in a mortgage, what bank they should use, even what lawyer to use if they need one. Buyers may choose a farmhouse style, a cottage, or a barn (there’s also a midcentury ranch).

Catskill Farms buys the land, then designs and builds the house—a version of spec development also offered by Hudson Woods; Blu Homes, a company that designs, builds, and delivers prefab homes; and New World Home, a company that specializes in new old green homes. “Instead of eight months, it’s going to take four,” says Petersheim. “You’re going to be in this home by the time the season changes,” he says.
To the buyers who are reluctant to let go of the notion of a romantic old home, Petersheim insists that new construction can be just as dynamic, interesting, and compelling. “Compellingness doesn’t come with age,” he says. “It comes with other talents, like taste and restraint and good design.”

And yet there are those for whom an old, old house still reigns. They want the sense of history, the craftsmanship that even the best-made new, old house can’t quite replicate. “When I think farmhouse, I think something that was built certainly before the 1900s, when there really was farming on a large scale in Columbia County,” says Powell, who himself owns an old old house. In the end, he says, it all comes down to the buyer’s aesthetic. “There’s a certain buyer who won’t settle for anything,” he says, “other than old.”