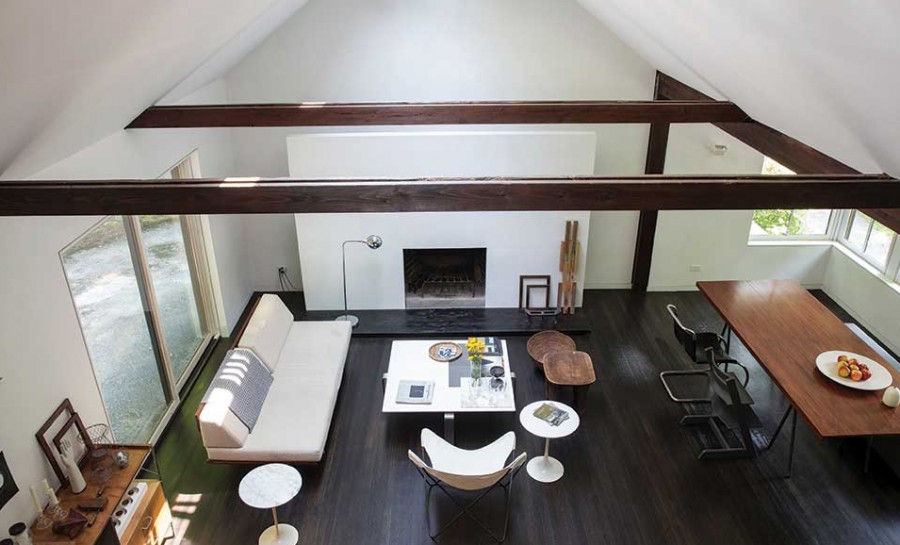 Takkaki and Christina Kawabata’s home is reminiscent of a traditional one-room farmhouse in rural Japan—known as a minka—somewhat like the one Takaaki inhabited as a child. There, three generations lived under one roof, enjoying the strong bond created by sharing a common space. The Kawabatas’ open and light-filled 1,200-square-foot-home, tucked into the foothills above the Town of Garrison, reflects this history.

When Taka first saw the drab 1960s log cabin, however, he was disappointed. He and Christina had dreamed of leaving Brooklyn for what he called “a small house with big land.” Their four-year-long search for property in a neighborhood with good schools and lots of yard space had taken them house shopping all over New Jersey and into upstate New York. This one had few windows and a dark interior with multiple cell-like rooms. 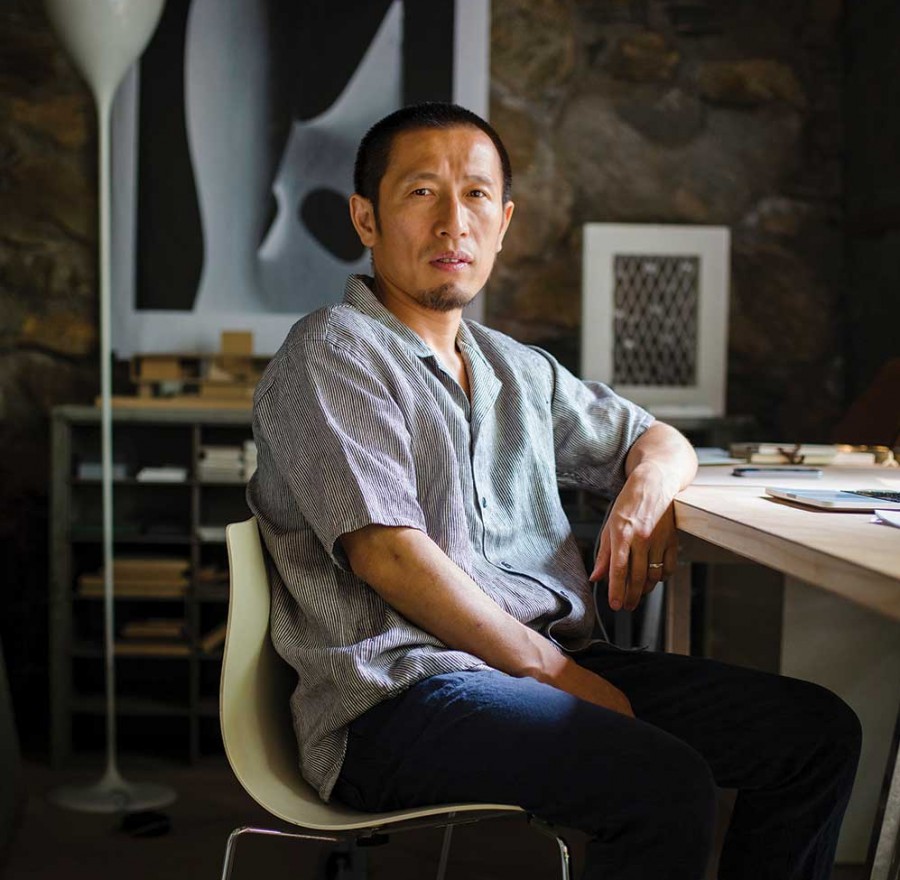 But Takaaki, a senior associate at Manhattan architecture and interior design firm Janson Goldstein and a third-generation architect, began to consider the possibilities. “On the train back to New York, I started to draw,” he recalls. “I called my wife and told her, ‘It’s away from major roads and the price is good.’” At $335,000, the property, though in need of renovation, looked like a good deal. With a budget of $50,000 for added TLC, and help from friends and neighbors, it might just work out, he thought.

After consulting an engineer to determine architectural feasibility, Takaaki gutted the structure to make one large room. One exterior wall was bumped out and the expansion was supported by a two-ton beam spanning the fourteen-foot-high cathedral ceiling. He brightened the space by adding walls of glass on two sides and windows wrapping around the others, as well as a row of skylights along the ceiling. He replaced the decorative log cabin siding with black cedar, common to Japanese farmhouses, and stained it dark. 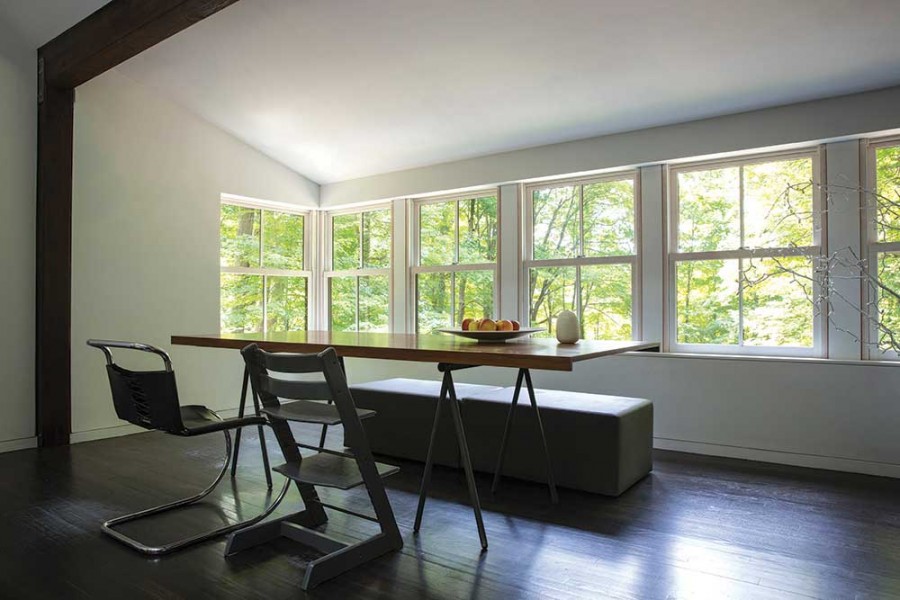 In traditional open-plan Japanese houses, one room has many uses, but a feeling of orderliness and calm prevails. At the Kawabatas’, the family uses the main space for cooking and eating, doing their crafts and working at their custom-made dining table. They keep the kids’ toys in a large basket, taking them out one at a time and then putting them back right away. At night, the parents sleep in a loft above the kitchen area, and the kids, six-year-old Tozai and three-year-old Akari, sleep on futon mattresses tucked behind a shoji-like screen made of nylon strings on the main floor; the futons are stored in the loft during the day. Christina runs Takatina, her interior design firm, from the basement office, but the remainder of the house (minus the bathroom) is open. 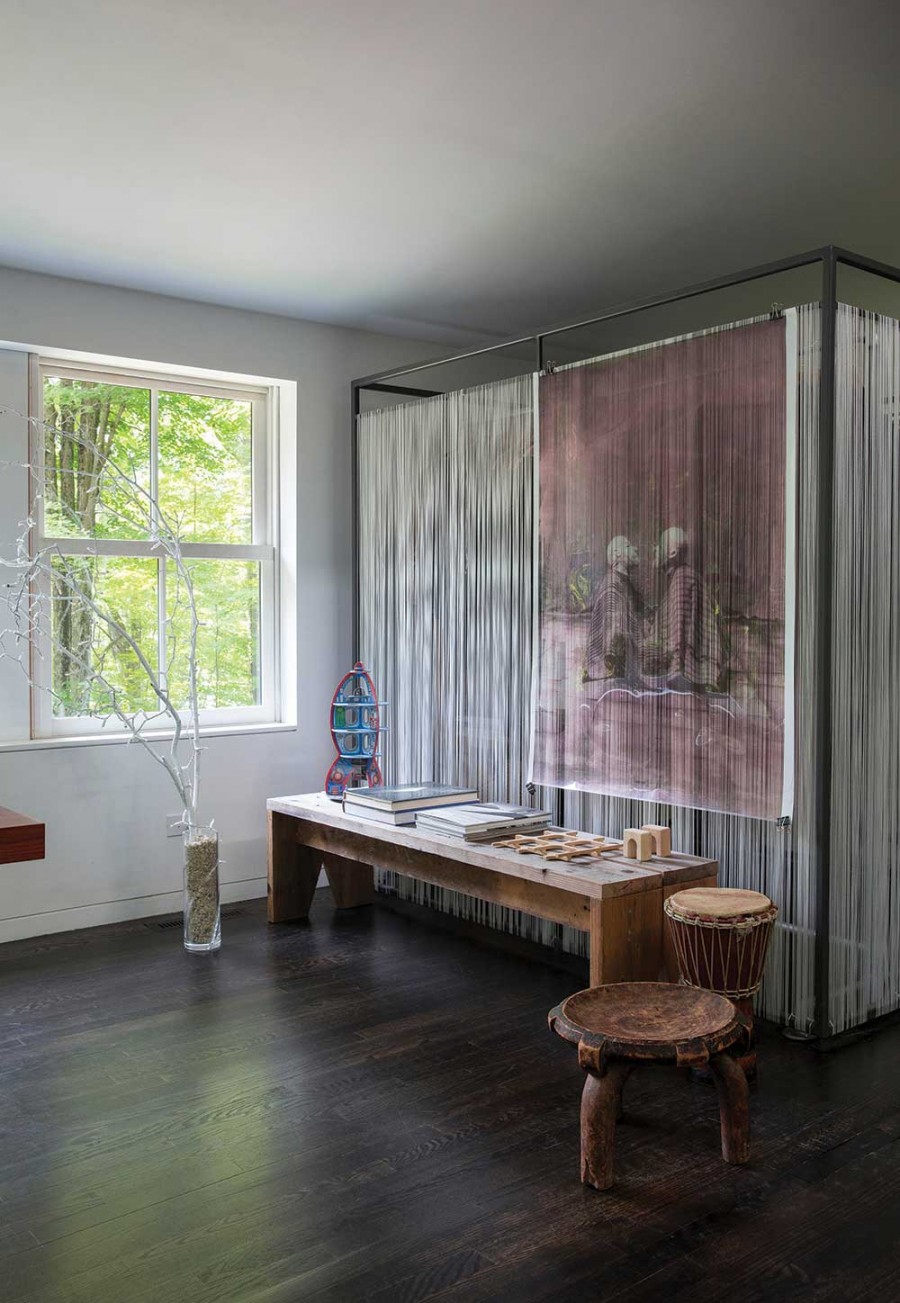 That orderliness is reflected in aesthetic choices, too: white walls and dark-stained oak floors in the main room and gray Italian tile in the bathroom and shower stall. Their furnishings are spare and uncluttered, and the family’s few possessions have become decorative elements: Kitchenware and household goods are stored in the open, and the couple rotates hangings of their quirky collection of artwork. Some pieces, like the kitchen countertop and stainless steel sink, came right off the rack at Home Depot. The original fireplace is surrounded by a freestanding white wall. 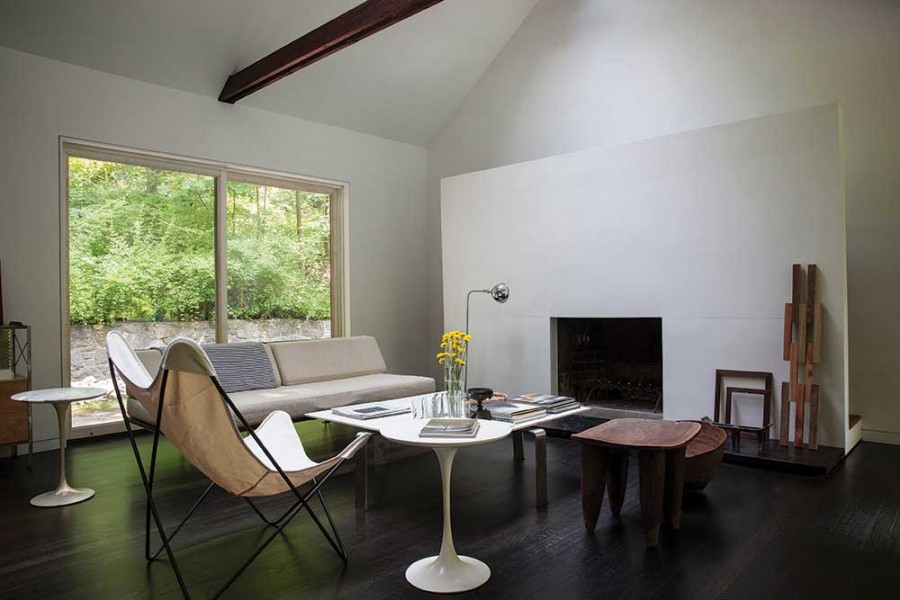 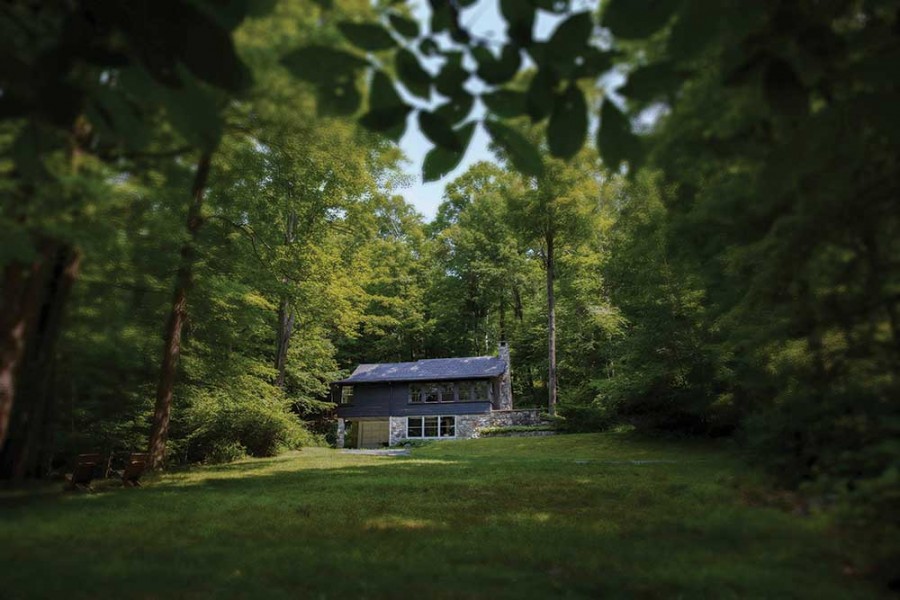 With two and a half acres of hillside property surrounding the house, there is room to expand. Takaaki plans to increase the living space and add a deck as the kids get older. For now, no walls separate the functions of everyday living, and the kids enjoy the proximity of their parents. “This is how I grew up,” he says. “We don’t have a TV, so we constantly talk. I think our family bond will remain strong.”