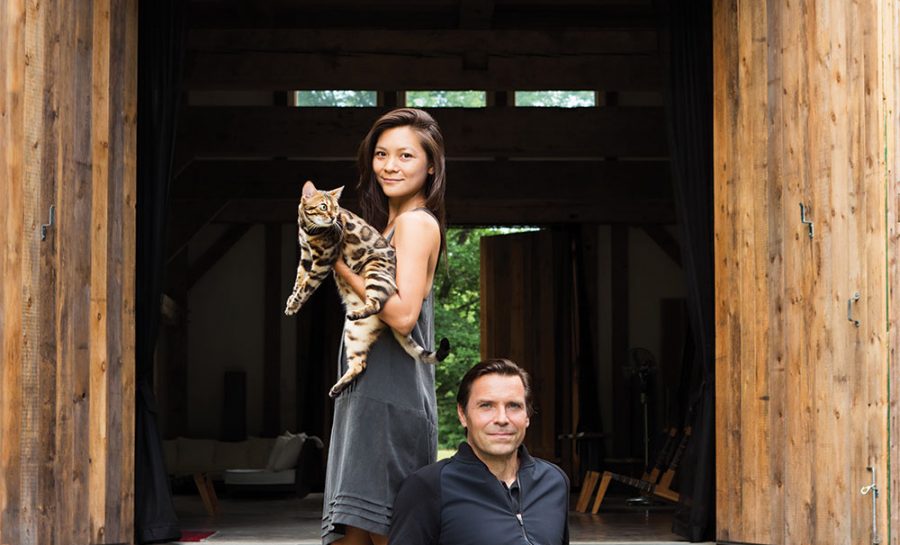 Back in the early 2000s, Men’s Fitness magazine creative director Andy Turnbull read an article about restoring barns, and began dreaming about one day turning a barn into a home of his own. America’s antique barns reminded him of the English countryside near Southampton, where he grew up. A decade later, Turnbull got his chance. He and his partner, Jessica Montemayor, a New York City native whose career spans the TV, fashion, music, and hospitality industries, were feeling cramped by their city digs, and began looking for space upstate. One afternoon, in the Town of Saugerties, just north of the village, they discovered a lofty 19th-century Dutch barn on 24 wooded acres, which looked striking even beneath a scrim of snow.

“‘Wow, that’s amazing, imagine living somewhere like that’—I believe those were my exact words,” recalls Turnbull. He suffered a kind of reverse sticker-shock when he found out how feasible making it their own would be. “You could never get this in England,” he says. “A place in the country would be worth four to five times the amount [we paid]. There’s less space in England, basically. America has a lot of space.” 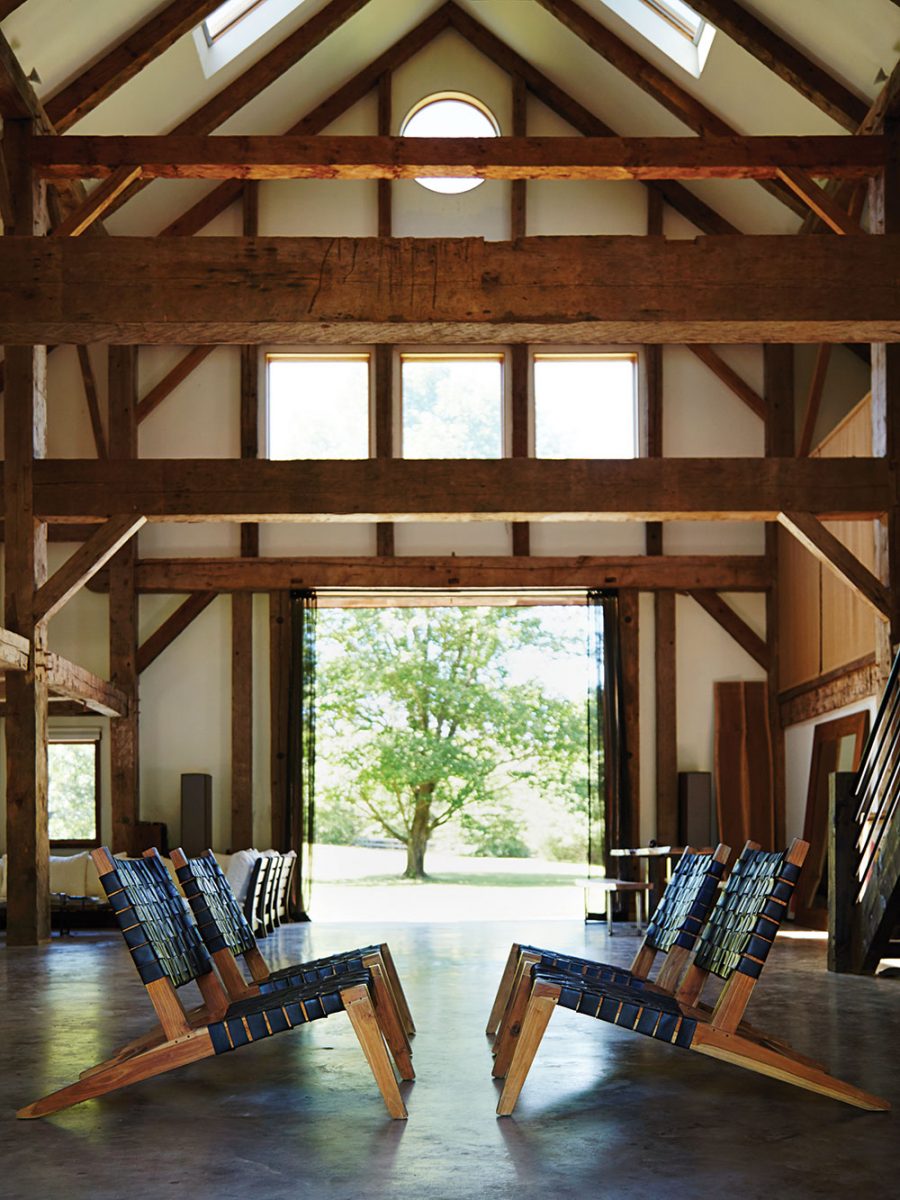 Built for hay thrashing in the late 1800s, the 2,250-square-foot traditional Dutch barn had already been moved about 63 miles from Carlisle to Saugerties in 2004 by its former owner, jewelry designer Jordan Schlanger. Its thick hemlock frame—beautifully restored using traditional joinery and pegs—is 85 percent original, supported by salvaged beams from other barns. Schlanger installed electricity and added concrete floors and radiant heat, but kept the interior raw. “It was literally just a shell—a beautiful shell,” says Montemayor.

The sheer openness of the building, renamed Bellwood Barn, is what attracted Turnbull and Montemayor, and that’s something the couple has retained in their redesign of the barn as both a home and rental space for weddings and special events. After purchasing the barn in May 2011, Turnbull and Montemayor hired local architect Dave Minch and New Jersey builder Paul Palecek, who became partners in the year-long process of converting the barn. They installed an industrial kitchen adorned with copper piping, and added three bedrooms, three bathrooms, and an office/extra bedroom, split among the ground floor and a new loft, bringing the building’s total usable space up to 3,750 square feet. 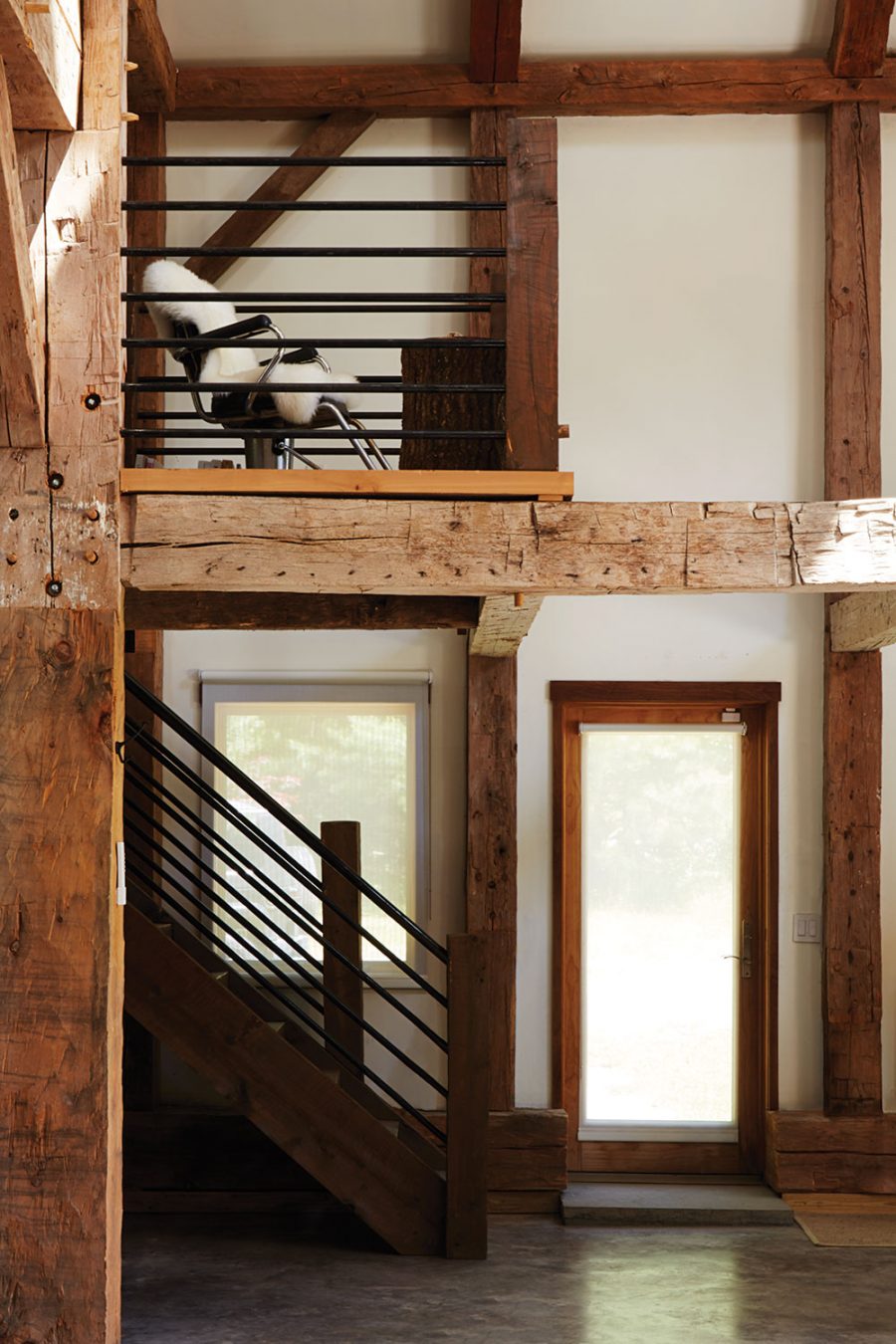 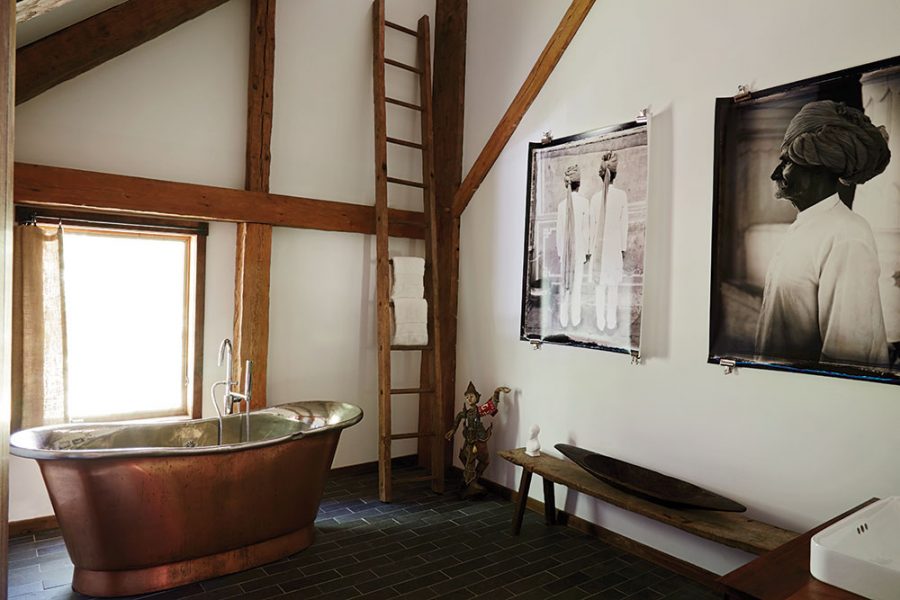 That liberating sensibility “was probably the motivating factor in this whole thing—always feeling like you’ve got space above your head,” he continues. “Because, living in New York, you have the exact opposite experience. Everyone does. You constantly have a ceiling. So every opportunity there was to [create] a higher, bigger area, we did.”

The couple wanted to keep the décor simple and modern, to avoid feeling like they were “living in a museum,” says Turnbull. The result is an eclectic but organic assemblage that brings the “beautiful shell” to life. The plain, painted sheetrock walls, which are framed by raw beams, are hung with haunting black-and-white photographs from India, music posters, film paraphernalia, and art prints. Turnbull hand-built a rustic wood dining table from slabs sourced in Ohio and turned a small wooden door from a cave in Morocco into a coffee table. The sliding doors to the second-floor master bedroom come from a temple in Kyoto, Japan—they mimic the barn doors below, with burnished embellishments that reflect diamond-shaped cutouts at the peak of the cathedral ceiling above. 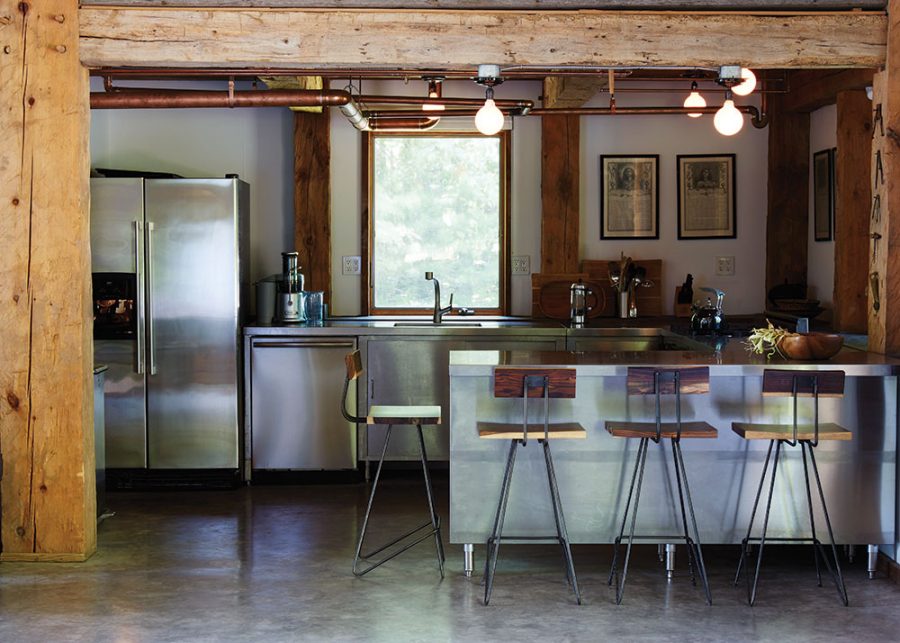 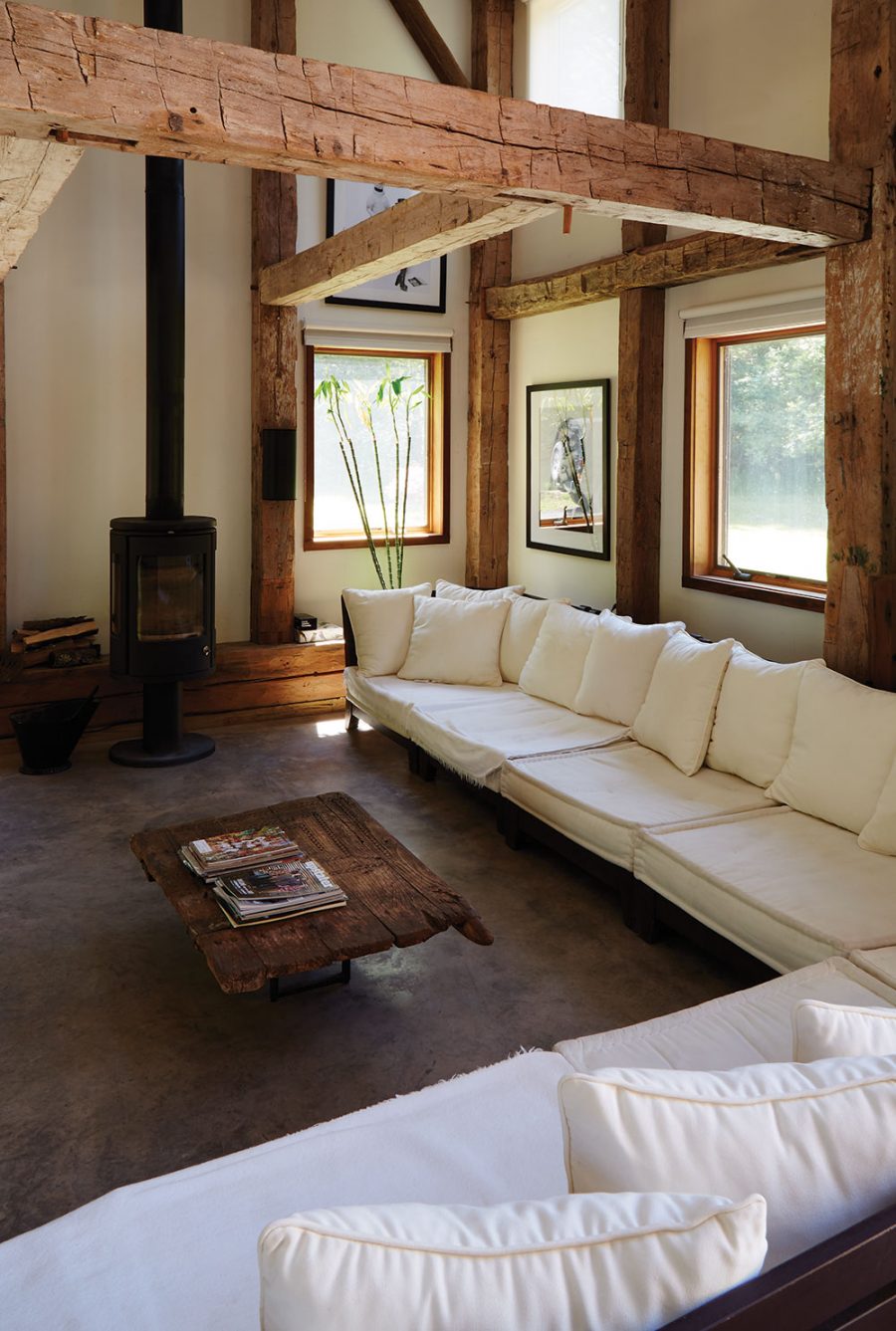 Benali, the couple’s brown-spotted Bengal cat, stalks about the place like a small leopard. “The house is her playground,” says Montemayor. “She sleeps on the loft and can gallop across the beams for hours.”

The couple’s aesthetic choices naturally vibe with the space itself. The roof pitches at an impressive 30 feet high, with added skylights drawing in a glow of sunlight, and the signature symmetry of the Dutch architecture contributes to the space’s feeling of sanctuary. In the warmer months, the couple likes to move the sofa from the ground-floor living area outside to the bluestone patio, as well as open up both sides of the barn to take in all of the sweeping views at once. When the barn’s huge 12-foot-by-12-foot doors have been slid apart, light pours across the polished floors and the space seems to sigh all the way through. “It’s an unusual feeling,” Turnbull says, surveying the space from the loft. “It’s almost like being in a church.”