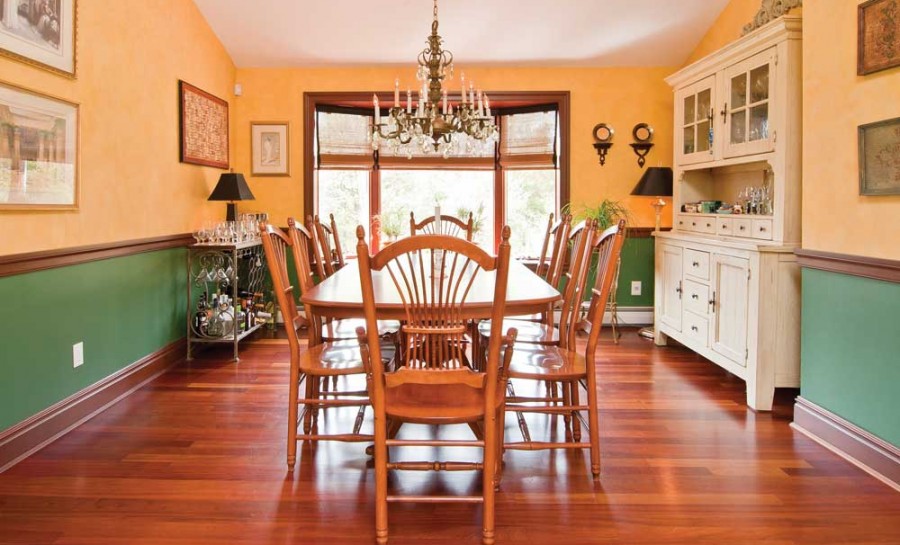 Nineteen years ago, Carl Forestieri, a construction manager with degrees in civil engineering and industrial business management, met his second wife, Marie, at a ballroom dance in Rhinebeck. They married not so long thereafter and bought the first house they looked at in Lagrangeville, a safe, pleasant, conventional suburb eight miles southeast of Poughkeepsie. The Forestieris know their neighbors well, their lawn looks like green velvet, and summer nights you’ll find them grilling outside with a cocktail—he drinks Tanqueray, while she prefers white wine. They’re authentic, attractive, and funny—the kind of people you wish were your neighbors, employers, or even parents.

“We still dance a few times a year, and we probably will this month, as both our birthdays are in June,” says Carl, who grew up in Westchester. “We bought this house because of the Arlington district schools; they’re very good.” The ranch-style house, with three bedrooms, three baths, and a spacious basement, was nothing special at the time, but in move-in condition, about 1,300 square feet, and the purchase negotiation reached a midpoint quickly and easily, as mortgage rates were hitting a 20-year low.

“I liked the river stone fireplace, and the big backyard, and the dead-end street, and as for the rest, well, I knew Carl would eventually upgrade everything about our home,” says Marie, a native of Queens. “He likes to raise the ceilings wherever possible, but particularly in the bedrooms, where he also finishes them with knotty pine, because it gives the room a fresh scent and a more open, contemporary look.”

“Over the years, I’ve changed almost everything about our home, except the fireplace. The original two-car garage is now our dining room, mud room, and walk-in pantry, and in total we now have almost 4,000 square feet. I updated the exterior, too, adding an Owens Corning manufactured ledgestone product. That’s one thing about being a construction manager. I know all the materials, and when we’re making a really big purchase for a client, which warrants a favorable volume price, I add my order to whatever they’re buying, and use it here.”

He also ripped off the original back of the house, extended the foundation, and installed floor-to-ceiling windows, framed with furniture-grade mahogany sashes.

The family spends a lot of time in the 18-by-30-foot oversize living room, kept intimate by the central arrangement of two overstuffed Thomasville couches that face one another. There’s a piano, played by one of their sons, and a small desk from The Bombay Company, which Marie uses as her office. They burn wood in the freestanding central fireplace almost year-round. Scampering around the house in an ever-jubilant tumble are two tiny Shih Tzus, Casey and Tommy.

“A woman who had the chance to get to know Carl a little bit once said to me, ‘Marie, how is it that Carl’s first wife let him get away?'” says Marie. “I just laughed. My luck, to be sure. He’s wonderful, a very positive person, a great father and husband.”

The combined family consists of four children; only one still lives full-time at home. The only thing they don’t do together almost all the time is go to Planet Fitness, just a few blocks away. Marie goes five times a week, but Carl, since he still carries a tool bag most weekdays—although he doesn’t book himself any longer for physically completing any construction—only makes it there about four or five times a month. Marie also likes to bird-watch; Carl built her a few birdhouse for the backyard.

Walking through the front door of the Forestieri’s home, which they bought in 1996 for $154,000, takes you into a vast open space with an oversized living room on the right, a luxurious kitchen on the left, and an informal eating area. The fundamentally traditional look is kept fresh by the bold use of color and proportion. Ample storage space conceals everything unsightly, so the home appears almost preternaturally photogenic. It’s such an appealing residence that their dog sitter contacted Chronogram and recommended it for inclusion; the Forestieris are too private and too modest to have come up with idea on their own.

“It really is my dream house, but back in the beginning, I thought we would someday have a very conventional blue-and-white kitchen with splashes of yellow,” says Marie. “But somehow we ended up with a lot of red; I joke that’s because when we finally did the total upgrade, I was going through menopause.”

The Benjamin Moore “Million Dollar Red” walls of the kitchen and living room pick up the crimson tones in the brilliant Brazilian cherry floors, one of Carl’s key volume-discount purchases. “Brazilian cherry is much harder than regular cherry,” explains Marie. “I know it looks almost too perfect for a busy family, but it’s really tough.”

“We’re entering a different phase of our life together. Now that the kids are almost all grown up, Marie’s starting a custom picture-framing business, very craft oriented. She took a course on how to do it a couple of years ago, and since then we’ve been working on the business plan. We always tell the kids, the more you do, the more you can do,” says Carl.

“Some days I have a little trouble believing I’m actually starting a business at 58, but Carl’s helping,” says Marie. The new business, called The Village Frame Shop, is slated to open this month in Pawling.

“I work on very high-end, very demanding residential construction projects,” says Carl. “The framing business should eventually provide us with another source of income and maybe I can step back a little. Our goal, always, is to live each day in a way that insures a better tomorrow.”