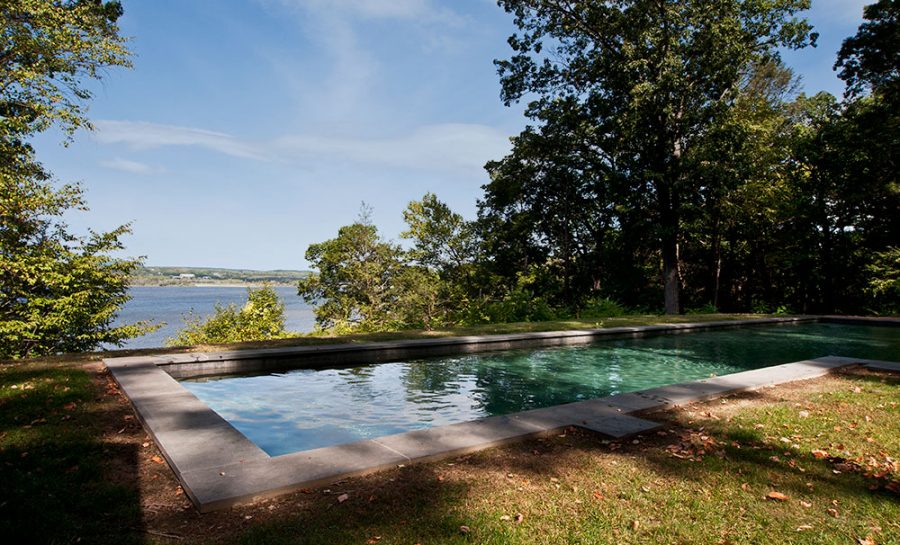 Located at the end of a winding road off Route 9G in Germantown, an 11-acre estate set on a Hudson River promontory showcases superb river views and offers substantial privacy. It’s the ultimate weekend getaway, perched out on the Hudson.

A 3,000-square-foot main house in the Italianate style, including a distinctive cupola and side patio, greets visitors at the end of the long, private driveway. The clapboard structure was built in 2000 by David Weiss, the estate’s original owner, and the current owners, Robert Knapp and his wife, Kris Collins, purchased the property in 2003.

For Knapp, the property’s greatest appeal is its immediate proximity to the river. The ground floor of the three-bedroom, three-bathroom main house is highlighted by three sets of French doors taking up the back wall. The doors, which open to the backyard, provide impeccable views of the river from the living area, which features a fireplace, dining area, and a chef’s kitchen, fitted with reclaimed wood cabinetry; the kitchen opens to an outdoor dining area shaded by wisteria. 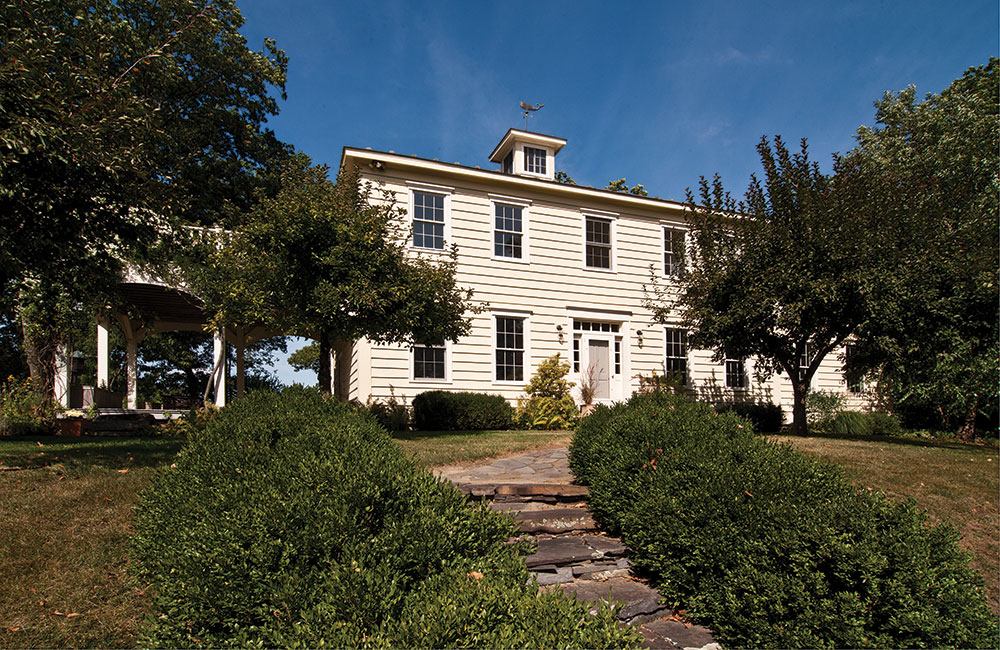 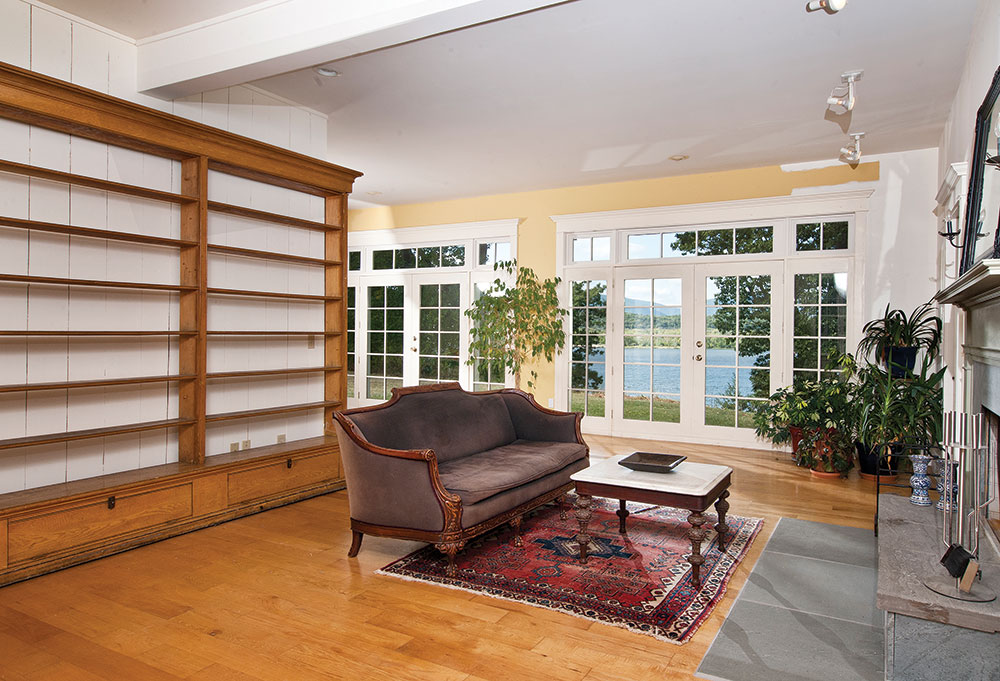 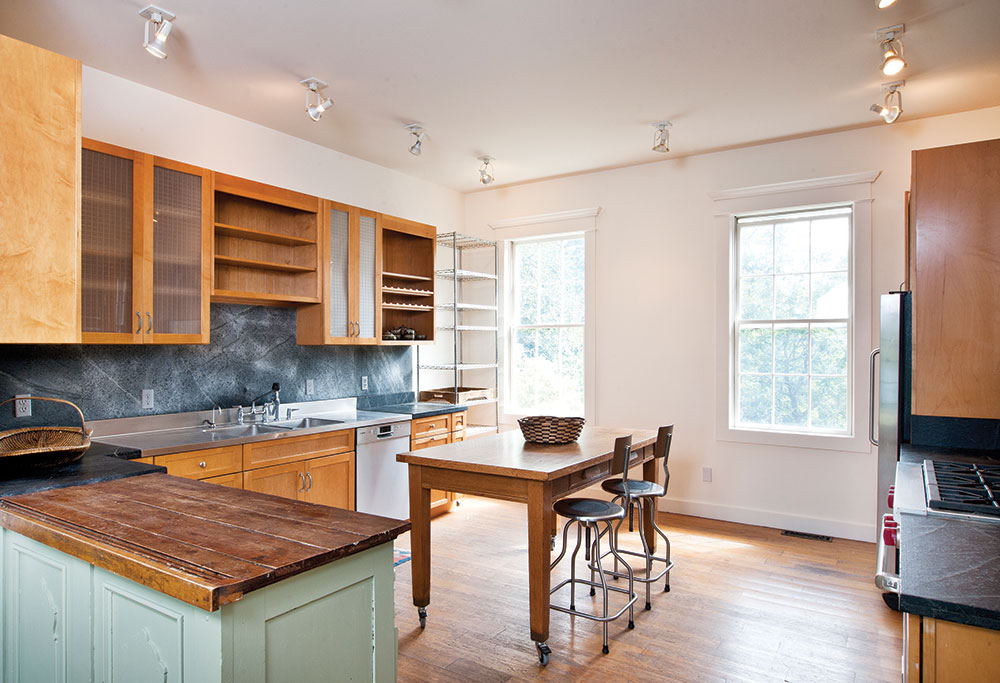 True to its profile as a riverside upstate getaway, the main house is decorated in farmhouse style, but with clean lines, white walls, mostly oak hardwood floors, and simple double-hung windows without drapes. Knapp says the decor of the home is intentionally dialed back to accentuate the property’s star: the river. “We had a lot of fun with the Hudson right there,” says Knapp. “The house has a warm country feel. It’s not trying to be a sophisticated urban house.”

Avid competitive swimmers, the couple added a 25-yard, two-lane Gunite swimming pool by leveling a slope beneath the backyard. The pool, which is accessible by a staircase from the house, also offers river views. “To have the pool anywhere but looking over the river would’ve been crazy,” says Knapp. To complete the pool area, the couple installed a barn structure to function as a pool house, and installed a shower, sink, and refrigerator.

Knapp and Collins also constructed a one-bedroom guest house situated on a second hill on the property. The one-story structure with floor-to-ceiling windows also has a living room, kitchenette, and full bathroom with a soaking tub resting beside a glass sliding door, allowing guests to bathe amid fresh air and with a view of the river.

Knapp says that the guest house, which is winterized with its own propane heat and generator, may be more secluded than the main house, since it sits on the edge of its hill, surrounded by trees. “It feels like you’re in a treehouse,” he says. “It almost became my favorite little place to stay, if I was by myself.”

The property’s acreage includes an ample forest with a walking path that leads to the river. Plenty of wildlife can be seen on the property, from wild turkeys to the occasional coyote, and frogs and perch live in the pond. Knapp suggests that the cupola in the main house, which could be turned into a small room, would make a good home for a stargazer. “It’s the perfect style to grow into with kids,” he says. 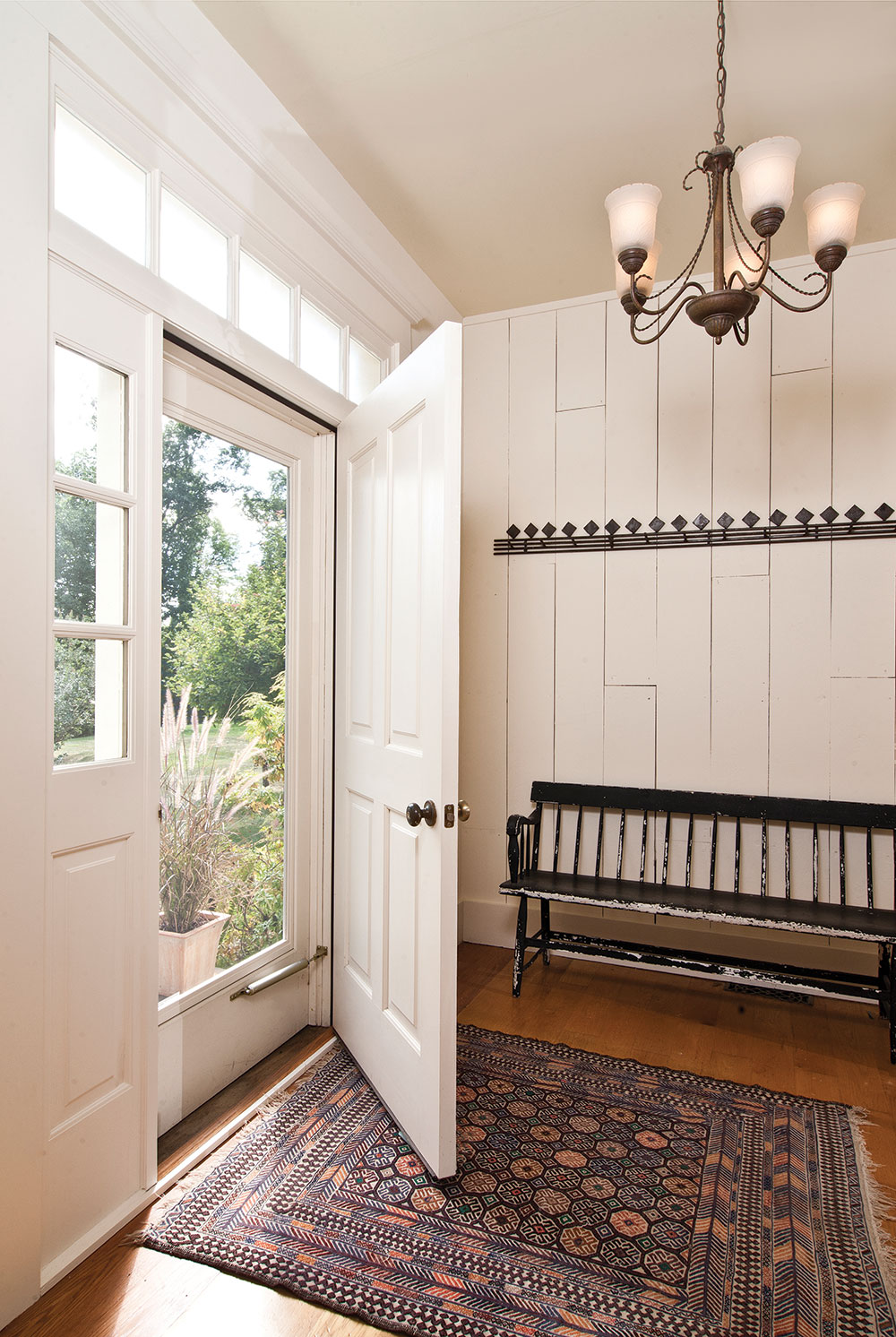 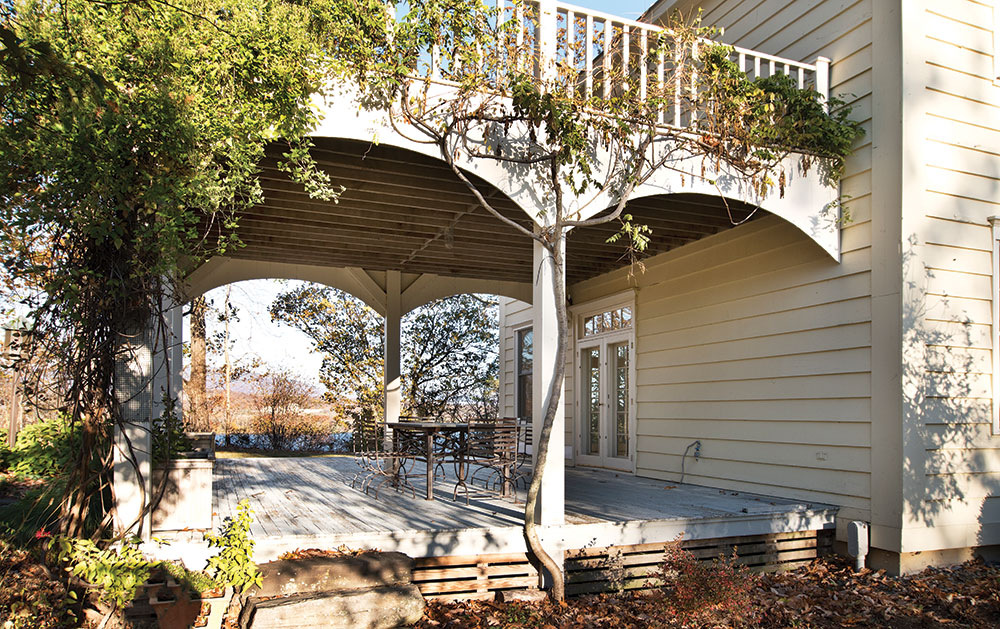 The estate is nearly perfectly situated between larger cities and towns. It’s a 15-minute drive up Route 9G to Hudson and its Amtrak train station, and a 25-minute drive down to Rhinebeck and the Rhinecliff Amtrak station. Even closer are Tivoli and Bard College, home to the Fisher Center for the Arts. And there are plenty of bicycle and walking trails nearby.

Knapp says he and his wife are moving to the Boston area to be closer to their new jobs, even though they would love to stay on at the estate. Since they can’t stay, he says, they’d love to see a young family cherish the same privacy and river views that they have enjoyed. “It is an awesome river escape,” he says. 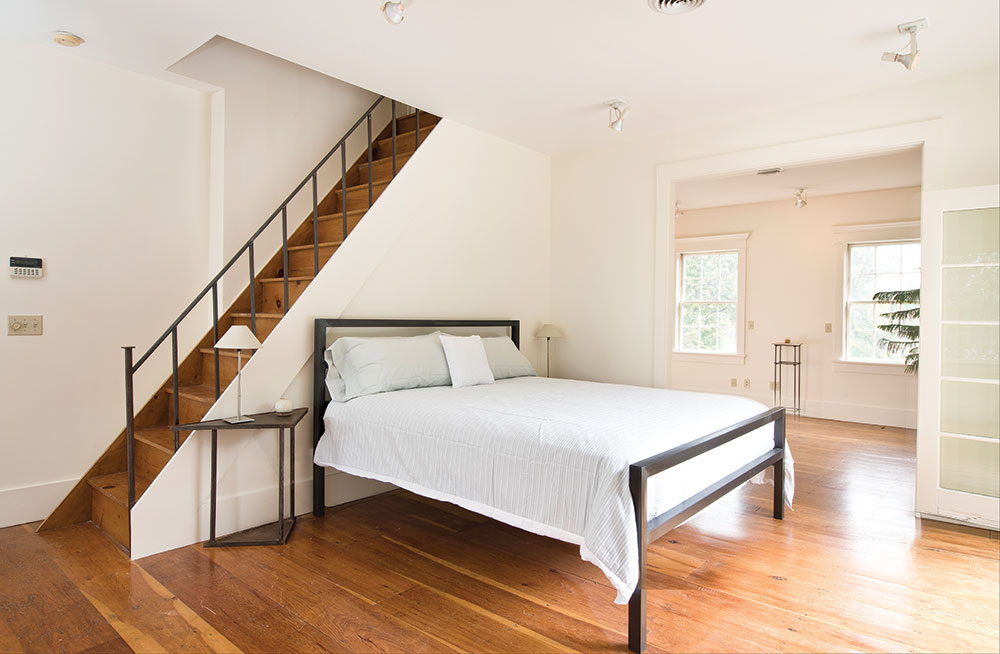 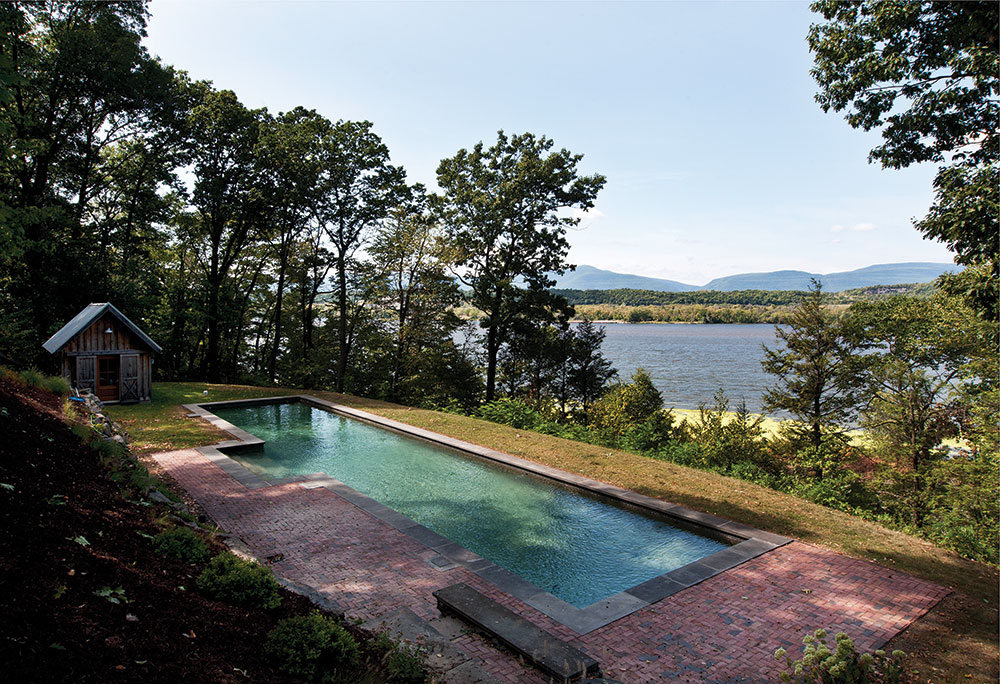 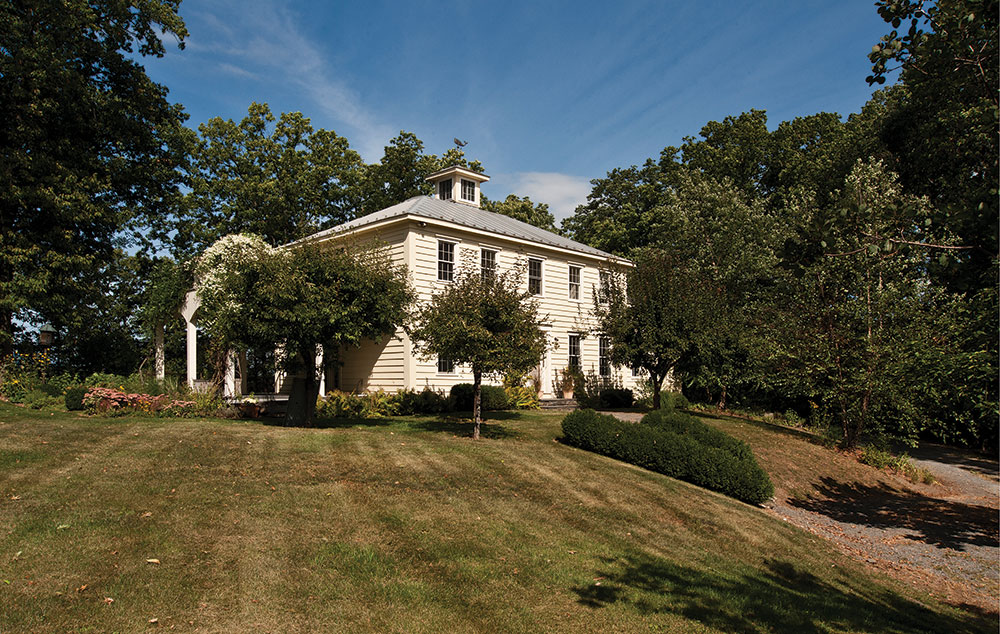