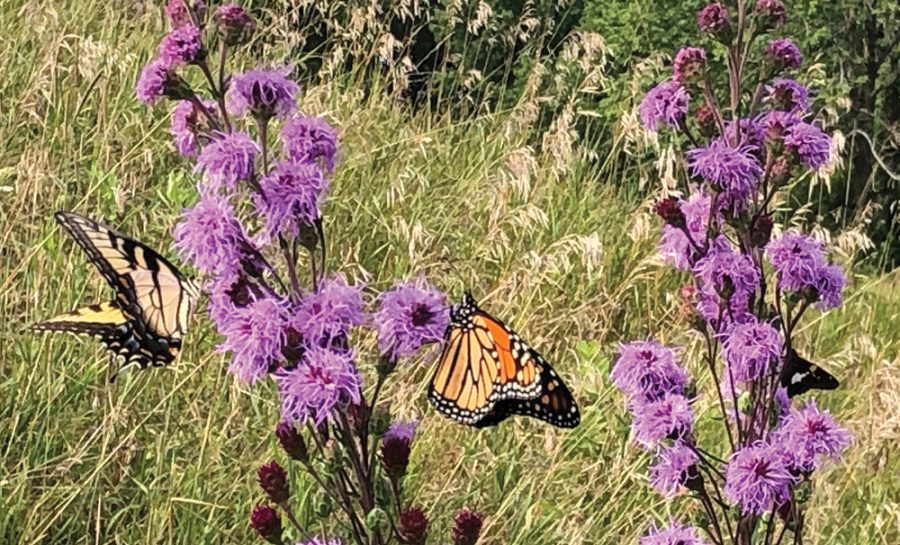 This development, and all that comes with it imperils the foundation of our country’s ecosystem, warns John Messerschmidt, owner of Poison Ivy Patrol and Hudson Valley Native Landscaping in High Falls. “When I drive around, I see people planting beautiful flowers and trees and shrubs, but they’re not from around here,” Messerschmidt says. “At first, it’s fine. Everything looks beautiful. But to the pollinators, these gardens are dead zones. There are all of these vast dead zones where there used to forests and meadows.”

To make matters worse, many of these species are invasive, and when their seeds and berries are picked up and spread by birds, they take over forests and patches of trees along parking lots and walking paths, choking out the native plants that do actually support the pollinators and birds. “They’re growing exponentially, and they’re undermining the foundation of our local ecology,” he says.

When pollinators find non-native plants in their usual hunting grounds, that means they can’t feed there. Insects and pollinators, which serve as one of the foundations of our ecosystem, are declining all over the world. A number of factors have been blamed, from monoculture farming, to pesticide use, to habitat loss, according to a paper published at the Yale School of the Environment. Declines of abundant insect and faunal species across North America, Asia, the Arctic and the Neotropics have been widely documented.

A range of solutions will be necessary to combat this issue on a large scale, but one simple step, that every home owner is capable of taking, is decreasing the number of non-native species in their garden, researchers say. “Let’s take a chickadee, for example,” Messerschmidt says. “One newly hatched chickadee needs to eat 1,000 caterpillars before it can grow strong enough to fly and feed itself. That’s a single season, just a matter of a month or two. Parent birds have to find 1,000 caterpillars, or would-be moths and butterflies, which can only survive on native plants. There is a certain caterpillar that will only eat the spice bush. But the spice bush is frequently being strangled by honeysuckle and other invasive shrubs. Same thing with the Monarch Butterfly, which will only eat milkweed, which is also disappearing. It’s not just chickadees of course. All kinds of birds and bats depend on these caterpillars to survive, which depend on local species of plants. And they’re being choked out.”

We can’t transform the world, but we can all, experts say, create beautiful spaces around our homes that not only please us, but feed the butterflies and chickadees.

“You want to match plants to the site,” she advises. “Think about the layout, how many plants you need, and what size. You want to carefully note how much time each area spends in the sun and in the shade and select plants accordingly.”

For those who want to welcome the birds and the bees into their garden, she recommends “grouping flowering plants by shape. Pollinators like to spend time in one section of your garden for a while feeding, and hummingbirds can only feed from tubular flowers, whereas bees and butterflies prefer other shapes.”

There are more than 450 native bee species in New York alone, but butterflies, birds, bats, beetles, and even flies have a symbiotic relationship with the flowering natives here. 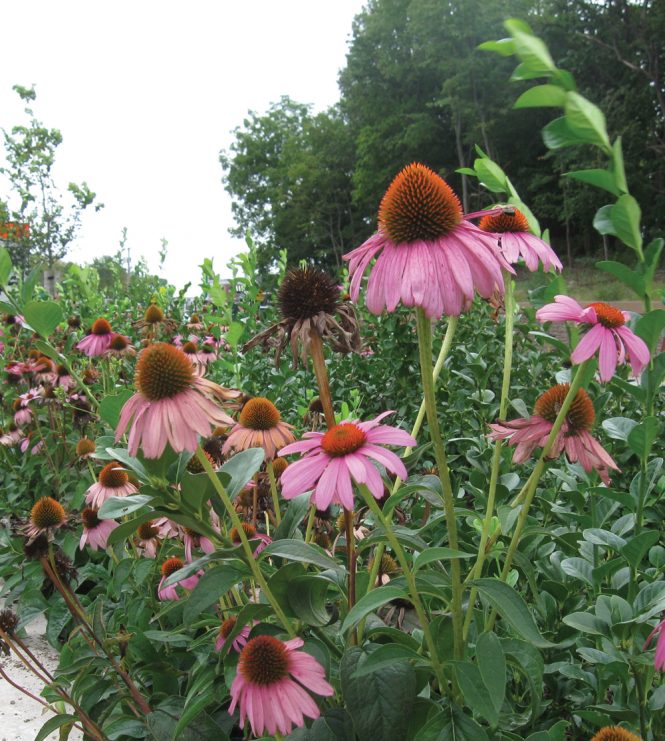 Tomaselli recommends providing floral resources and shelter through native grasses, sedges, perennials, flowering shrubs, and small trees. Local nurseries often have native sections, and even if they don’t, they should be able to guide you toward site-appropriate natives. There are also nurseries that specialize in providing native plants, as well as advice for succesful siting and care. Catskill Native Nursery in Kerhonkson is one.

Start Small with a Wild Zone

If replanting your entire garden seems like too daunting a task, don’t fret. “I try to not be too dogmatic,” says the Saratoga Springs-based landscape architect Erin Maciel, founder of Urban Landscape Studio. “Start small. You’ll be better off making small changes every year than getting overwhelmed,” she says. “One thing that I did as a test in my own lawn—I stopped mowing one section near my driveway a few years ago. Within one month, the entire space had transformed. I’d step out of my car, and it would smell and look like walking into a meadow. There were bees, butterflies, and crickets. There were even more birds!”

Maciel cautions that there’s a difference between “wild and neglected. Sometimes, when people stop mowing and don’t do anything else, the lawn just looks sad,” she says. 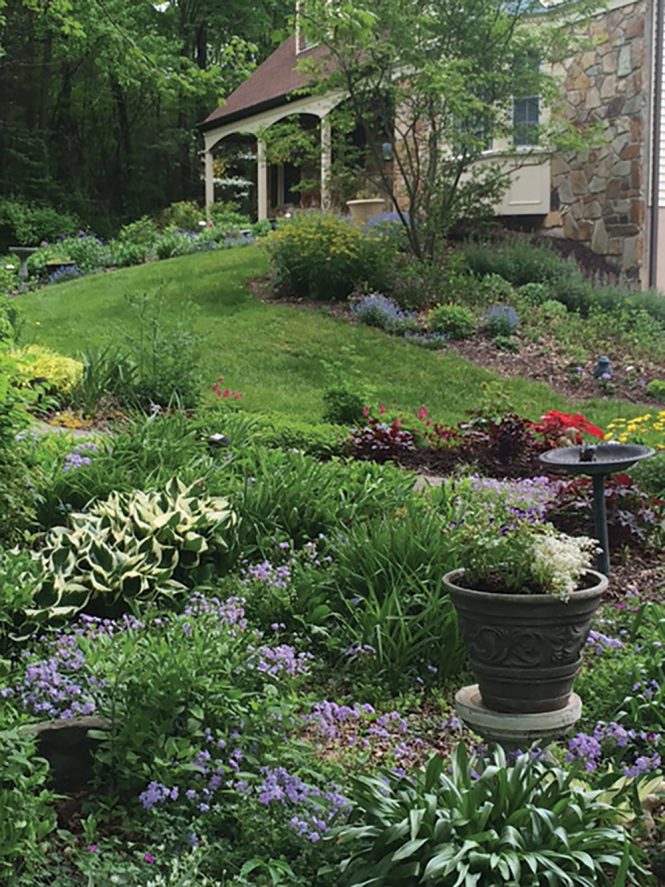 To create a small wildflower meadow—whether it’s a five-square-foot patch or your entire yard—Maciel recommends first ensuring the site gets a lot of sun. “Wildflowers need a lot of sun,” she says. “Then remove existing vegetation, including the lawn. Sod can be stripped by hand, or removed with a machine.”

Next, loosen up the soil by hand or with a tiller, rake the area and spread seed for native grasses and wildflowers as evenly as you can, and compress it into the soil to encourage germination. (Walking over the area should do the trick). If no rain is expected in the next day, water the area to settle the seed in.

Many wildflowers pop up in as little as a week, and the entire meadow will begin to establish itself between four and six weeks.

Or start small by ousting a few bad guys. Replacing even a few of the “worst offender” invasive species, Messerschmidt says, can make an impact. Dig out the forsythia and Japanese barberry and replace it with a similar native tree.

Like enlightened eating, enlightened gardening can take time, and at first, a little extra money. But over time, as with your body after a few months of eating farm-grown organic kale and pasture-raised eggs, you’ll find that your yard is healthier and more resilient.

You will also be rewarded with the knowledge that you’re supplying your entire neighborhood with extra butterfly sightings and bird song.