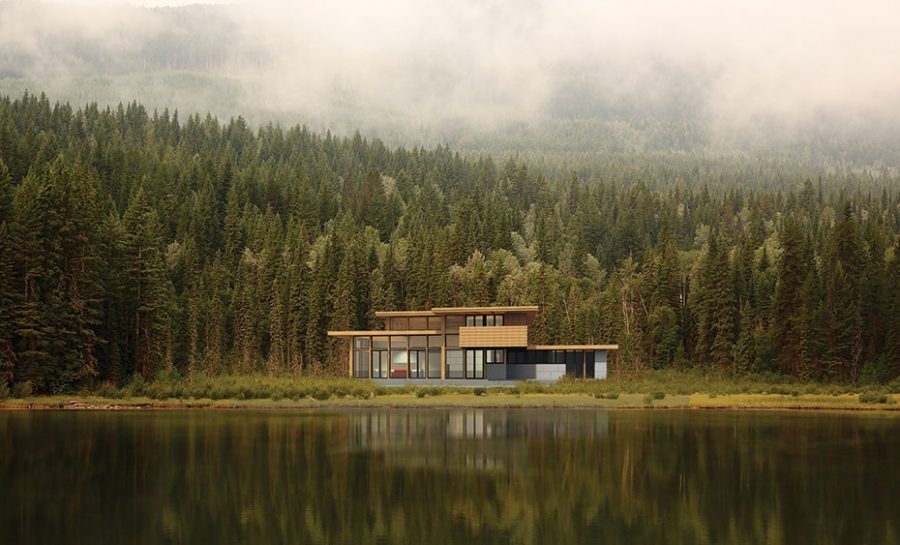 “I’ve been accused of saying I was the greatest architect in the world,” Frank Lloyd Wright once boasted. “And if I had said so, I don’t think it would be very arrogant.” Buying a Wright-designed home today—if you actually found one on the market—could cost you millions; some of them, like the 1935 masterpiece Fallingwater, are considered priceless.

But now there is another way to get a Wright house: a new line of prefab homes inspired by the master’s work. Seattle-based Lindal Cedar Homes, founded in 1945, has partnered with the Frank Lloyd Wright Foundation and the School of Architecture at Taliesin to create the Imagine Series, seven modern, Wright-inspired home designs. The collection, says Frank Lloyd Wright Foundation President and CEO Stuart Graff, “captures the timeless spirit of Frank Lloyd Wright’s Usonian designs, while ensuring the homes are well equipped to meet the demands of today’s world.”

The Usonia Historic District, a planned community of 47 houses near Pleasantville in Westchester County, is listed on the National Register of Historic Places for its 44 houses designed by Taliesin apprentices and three by Wright. He had experience with kit homes, explains Greg Buhler, who, with his wife Jan, owns Atlantic Custom Homes, a Lindal dealer based in Cold Spring. (The Buhlers built a Lindal weekend home in Garrison in 2002 and then bought the Atlantic Custom Homes dealership in 2006.) Lindal’s custom designs are prefabricated post-and-beam homes made of premium Western red cedar. Like Wright’s business model, Lindal provides the design and delivers high-grade materials, Buhler says, “based on a grid system that makes building—and living—more efficient and cost-effective.” Wright’s Usonian homes, which inspired the Imagine Series, were designed to be simple, beautiful, and affordable, as well as cost-effectively built, mass-produced, and custom-tailored to each homeowner’s needs.

The Imagine Series features Wright-inspired flexible floor plans, floor-to-ceiling windows, organic materials (glass, stone, wood), and energy efficiency (with passive heating and cooling). The Silverton 2850, for example, based on one of Wright’s last Usonians (the Gordon House in Oregon), has a T-shaped layout, a great room that can be reversed to make the most of a site’s view, and stacked bedroom wings that can be adjusted for size.

The Imagine Series came about as the result of the architectural master’s thesis of Trina Lindal, a third-generation member of the Lindal family, at the Frank Lloyd Wright School of Architecture, now known as the School of Architecture at Taliesin. Today Trina is a codesigner for the Imagine Series with Aris Georges, a former faculty member at Taliesin who supervised her thesis. (In addition, Georges also worked on Lindal’s midcentury modern OM Studio Design Portfolio Series.) “I wanted to do something pre-fab, along the lines of the family company,” Trina says. “There’s a connection to nature in Usonian homes—the ability to use the outdoors as part of daily living—that is in line with what people want now.”

The collaboration, says Trina’s sister Christina Lindal, executive vice president, “was a perfect fit in that we already build on a system, as did Wright. The Frank Lloyd Wright Foundation, knowing we’ve been in business for almost 75 years, knew this is something we could really bring to the masses all over the world. We had worked with the foundation for 10 years and built up that trust. They knew we’d respect their brand.” 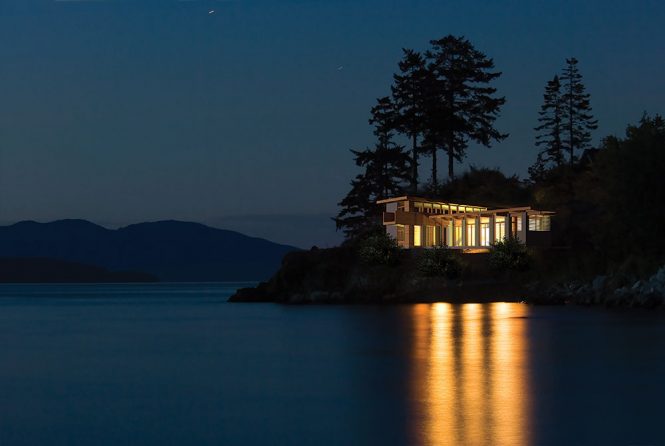 The Silverton commands a flexible design in a T-shaped layout. The great room can be flipped to take advantage of the views, while the stacked bedroom wings can be adjusted for size without sacrificing any of the design’s essential beauty.

The key to the collaboration was identifying “which elements of Usonian design to preserve,” Trina says, and figuring out what to tweak to reflect contemporary life. Flat roofs are engineered to handle snow and rainfall. The homes have a lot of (insulated) glass, which, a la Wright, breaks down the barrier between indoors and out, “letting the outside in,” Buhler says. “It’s really amazing to be sitting in the living room with a fire going and having a cup of coffee and watching the snow come down.”

Wright’s kitchens tended to be very small. “That’s not what people want to spend time cooking in now,” Christina says. “People are very much about the communal, and the kitchen is where people gather. These new designs bring the kitchen out to the living spaces and open them up more.” 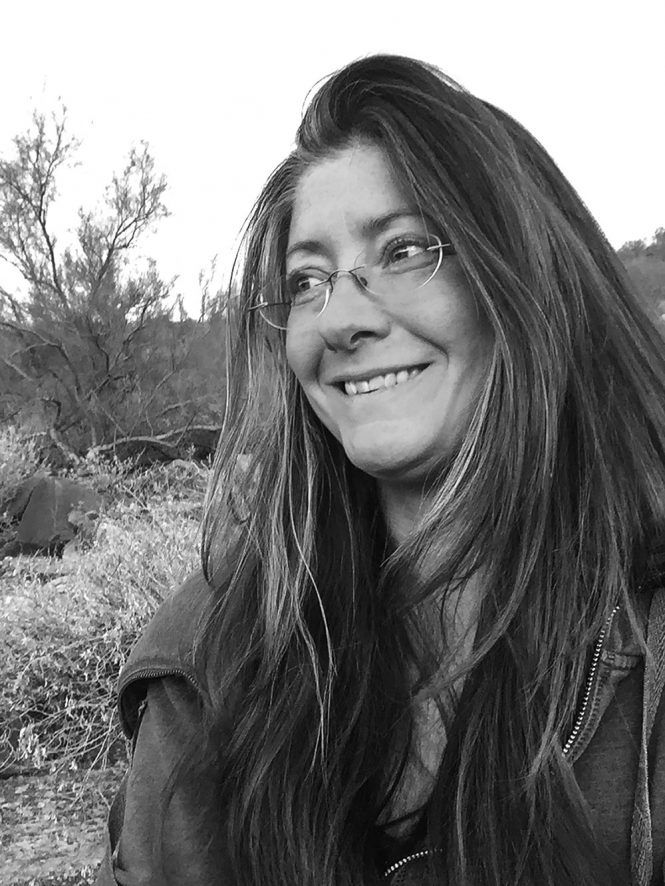 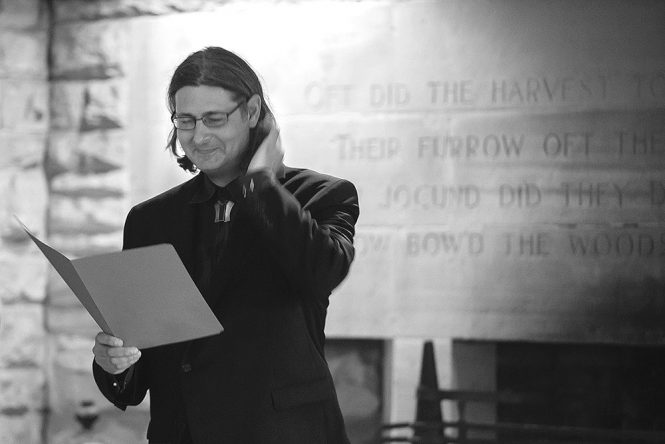 Wright’s designs sometimes lacked main-floor bathrooms, but the new designs allow aging-in-place, says Christina, with a ground-floor powder room and a room that could be a master bedroom “when you don’t want to do the stairs anymore.” Another change is lot size. Imagine Series houses range from 780 square feet to 2,850 square feet, and accommodate a variety of orientations of views. “Frank Lloyd Wright wouldn’t even look at designing a home unless you had one acre,” she says. “We know many customers don’t have that much land. There’s a huge amount of flexibility to expand and contract as needed.” 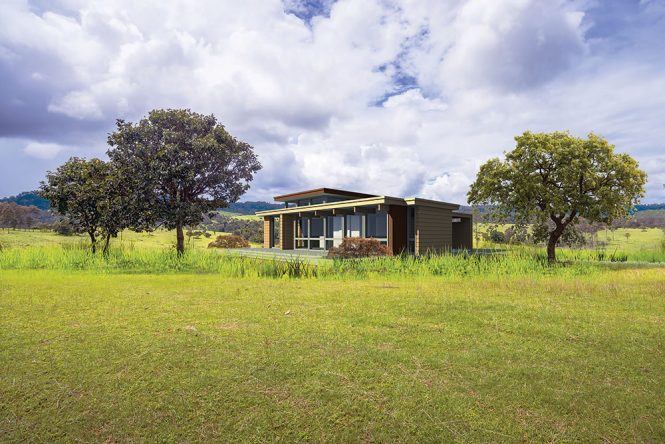 The Mesquite, a Usonian-inspired studio-home, offers the option of a large master bedroom or two smaller bedrooms, and creates a space that is at once cozy and open to the landscape.

So what happens if you sign up for an Imagine Series house? “We’re full-service,” says Buhler. “We help buy and evaluate land, and go through the design process with Aris and Trina and the Frank Lloyd Wright Foundation. Then we find qualified builders and help owners through the building process.”

Wright’s first Usonian home—Jacobs House in Wisconsin—cost about $5,500 in 1937 (about $95,000 today). Although Imagine Series houses’ prices vary according to location, Trina says the cost of a Lindal “Wright” is less than the cost of working with an architect’s custom design.

The Lindal team was initially concerned about how the Imagine Series would be received by fans of Wright and Usonia. “I was so nervous because there are these people who are so passionate and can get angry when Wright’s name is not respected,” Christina says. But the positive reaction on social media has allayed her fears. “Everyone’s so excited to see something like this come about,” she says. “There’s nothing else out there like this program. The Wright Foundation is very protective of the Wright homes, and we are inspired by them. We’re not copying or doing cookie-cutter versions.”