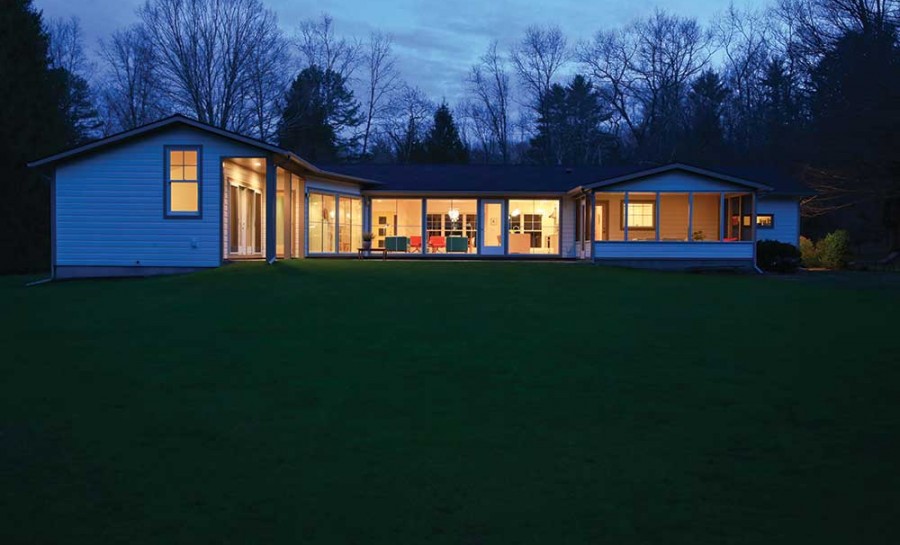 Les and Karen Walker aren’t retirees absconding from day-to-day live, they’re an active couple seeking, in simplicity, a whole new way of life. So last year, they sold their multilevel house, chucked their stuff, and moved into the most unremarkable house on the block. The 1955 California ranch squats in the midst of three acres, flanked by towering conifers. From the outside, it’s almost painfully prototypical, but beyond the eggnog-colored façade are clean lines and spacious, light-filled rooms—all signs of a couple going modern in their golden years. 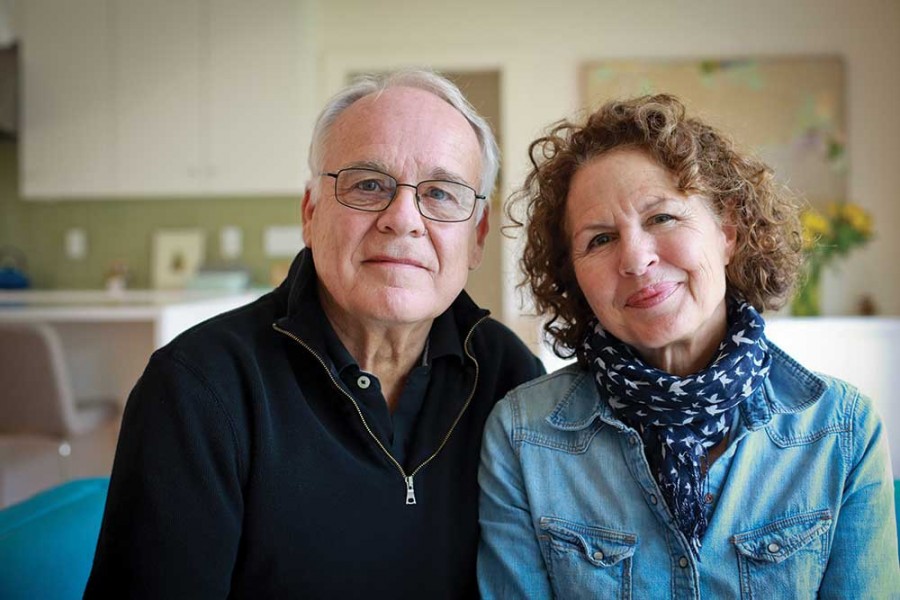 Les, 75, has been designing rustic houses for 30 years at his Woodstock firm, Walker Architecture, including his own former Arts-and-Crafts cottage on Zena Road. He and his wife Karen, 65, a painter and gardener, raised two sons and two dogs there, and cultivated the stream-lined property. Karen, however, didn’t think the woodsy cottage was the right one to grow old in.

A single-story ranch on nearby Dewitt Lane caught Karen’s eye. “It seemed like the kind of house that, if you wanted to leave, you could just turn the key and go,” she says. The house also appealed to Les, the author of the classic American Shelter, four books on “tiny houses,” and the recently published American Homes: The Landmark Illustrated Encyclopedia of Domestic Architecture (which is reviewed in this issue). “I really like the pop architecture—the pattern-book, all-American icon of this house,” he says, with its “typical two-car garage, living room, dining room, a couple of bathrooms.” The Walkers bought the property in 2012 and rented it out for three years before committing to moving in. 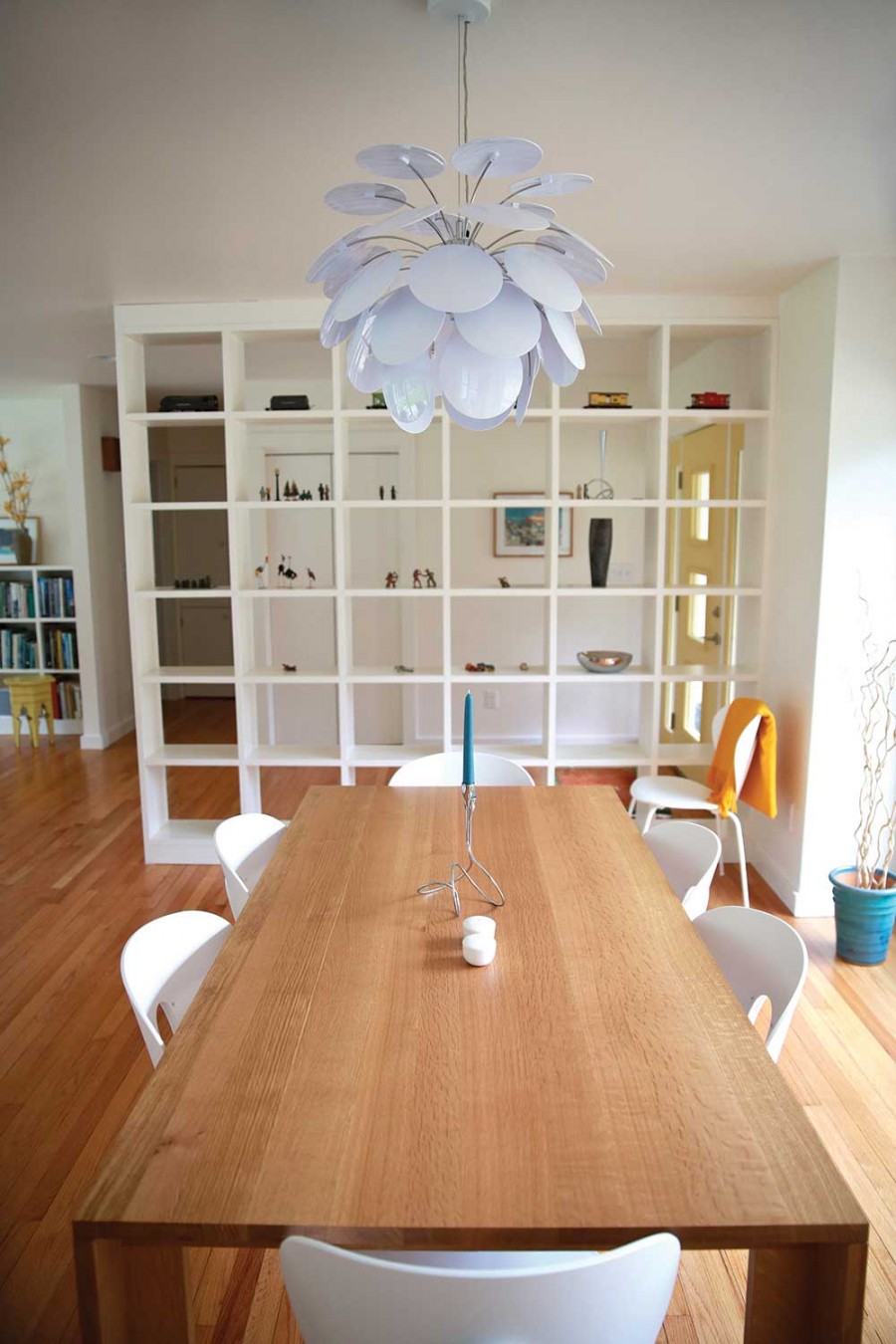 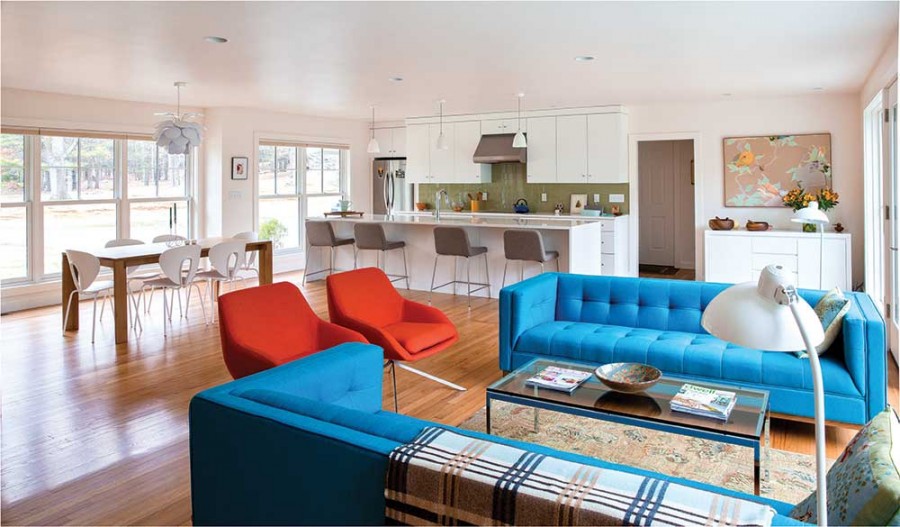 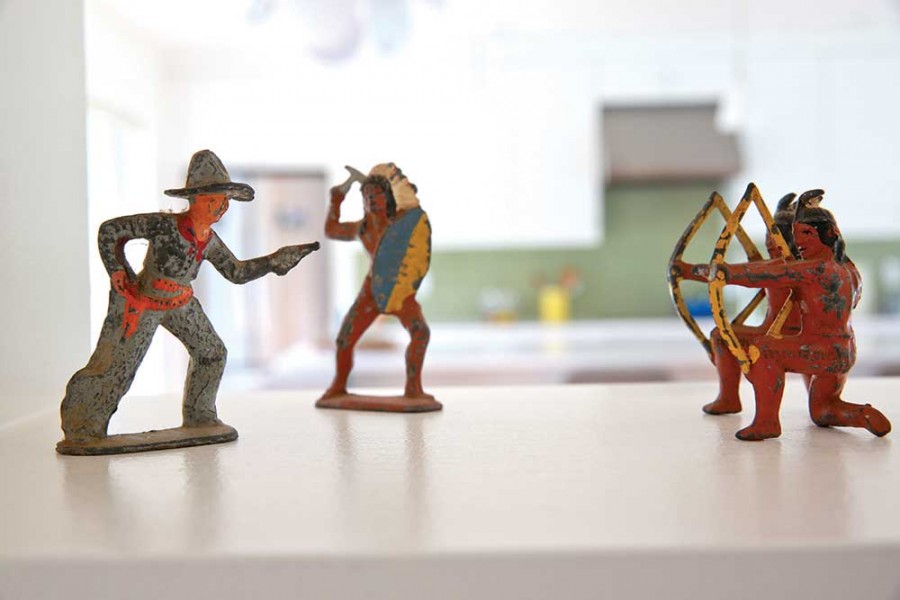 Les decided to renovate the house’s interior while preserving its paradigmatic structure. So he opened up the 1,250-square-foot space, knocking out a wall that bisected the house and demolishing an eyesore fireplace at the back in order to add a 450-square-foot master suite.
He renovated the deteriorated kitchen and two bathrooms and installed an ultra-efficient gas heating-and-cooling system. Although its thin, ’50s-style wood paneling had to go, the screened-in porch behind the garage was a keeper. The rear of the house, once a solid wall with sliding doors, is now mostly glass, drawing in streams of light.

The entryway is Les’s tour de force: he likes a welcome area where visitors can assimilate a house’s personality. Here, he replaced the solid wall that sectioned off the entrance with an open shelving grid, creating a semifoyer. The white shelves are sparsely dotted with surviving relics from his former life: tiny dioramas, childhood toy trains, and figurines. The visitor’s eye is drawn into the light-washed kitchen and dining space on the left, toward the pool of color in the central seating area, then out through the back windows, which scan the parklike property.

Before leaving their Arts-and-Crafts house, Les and Karen sold or donated their belongings—furniture, antiques, even a moose head—and sought out minimal, modern furnishings online and at Design Within Reach in Soho. Though their friends were mostly skeptical about the extreme downsizing, they’ve been pleasantly surprised by the Walkers’ new place. “They all go home and want to throw out half their furniture,” says Karen. Paring down had practical motivations, for as the couple gets older, mobility and upkeep will become considerations. But for the Walkers, adopting an old ranch house and “making it new,” as the Moderns say, was more than digging in—it was designing a fresh start.