Michael and Kallie were both actively involved in urban farming when they lived in New York City. He was agricultural director of the Queens County Farm Museum, and she worked at Eagle Street Rooftop Farm. But they reached a point, Michael says, when they had to make a decision: “Get in or get out.” The city didn’t have the kind of acreage or opportunities Michael needed to grow as a farmer, so in 2010 he bought a farmhouse and land in the Dutchess County town of Red Hook. After getting engaged to Michael, Kallie moved up to the farm as well; they were married there in June 2014. 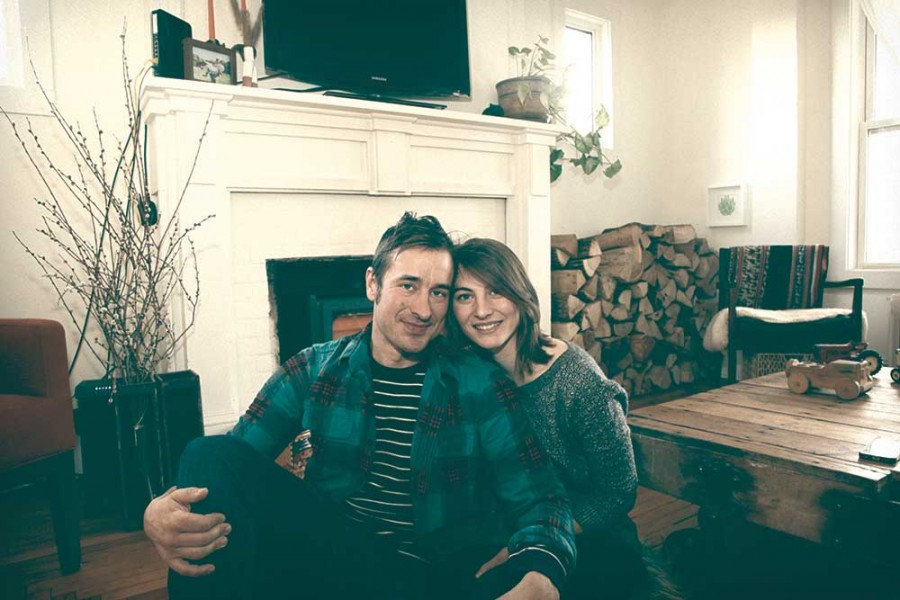 In 2010, they founded Sawkill Farm, a livestock farm on 60 acres in Red Hook. They farm full-time, aided by one extra employee. Michael preps animals for slaughter while Kallie trucks Sawkill’s beef, pork, lamb, and eggs to New York City farmers’ markets each week. There’s not a lot of downtime to nest in their farmhouse, built, they think, in the 1920s. Still, there are homey touches everywhere: a soft, thick-textured throw on the couch, vintage toy tractors, a chalkboard where Kallie has written Michael a “Be right back” love note, and a crackling fire, which, they joke, is the only warm spot in the house. It’s a sweet retreat, especially after a day spent trimming animal hooves and shoveling manure. “When it’s the worst part of your job and you’re still enjoying it,” says Michael, “it’s not about whether it’s popular. It’s about doing what you love to do.”