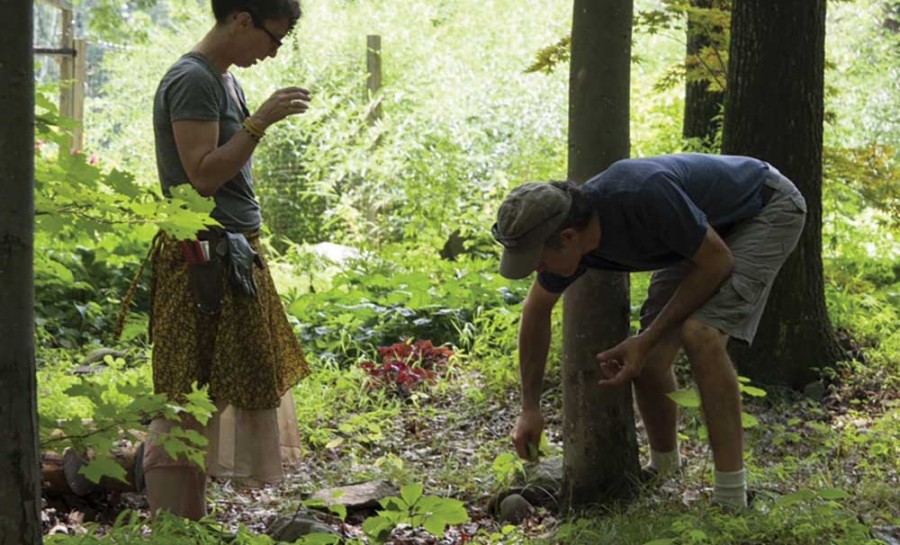 Married artists Scott Serrano and Allyson Levy began gardening at their Stone Ridge home 15 years ago, and haven’t stopped since. Their assortment of edible trees and flowers blossomed into a three-acre arboretum, an edible landscaping business, and a way of life. Levy’s original aim was to cultivate plants so she could harvest leaves, petals and seeds for his drawings, which are reminiscent of antique botanical illustrations. “Everything was about form, texture, and color,” says Serrano

Those early efforts to grow art materials eventually gave rise to the creation of a certified arboretum called Hortus Conclusus-Latin for “enclosed garden.” Today, the property is brimming with a wild array of edible plants, and Hortus Conclusus serves as both a gardening educational center and the couple’s home base for their edible gardening business.

Hortus Conclusus’s cornerstone is its collection of fruiting trees and plants from around the world. The focus on edibles goes back to Serrano’s childhood in California. “Our backyard was always invaded with giant, wild blackberry vines,” he says. “That small taste of the wild is becoming increasingly rare. We started growing fruit because I had not been able to taste any for many years. I was tired of living without it.”

Near the property’s entrance stands a collection of Southwestern cacti. They may look out of place, but surprisingly, cacti can adapt well to cold climates. “It’s actually the snow that damages them, not so much the cold,” Serrano explained during a recent open-house garden tour. To protect the plants in winter, he erects a small tent covering the cactus bed. The shelter prevents snow from accumulating directly on the cacti’s thick skin, and still allows air to circulate.

Inspiration for edible gardening is everywhere at Hortus Conclusus: A small cranberry bog supplies an annual harvest for Thanksgiving dinner, while a medlar tree – a popular species in Medieval times – bears fruit that looks like massive, earth-colored blueberries but tastes pleasantly like fermented apples. 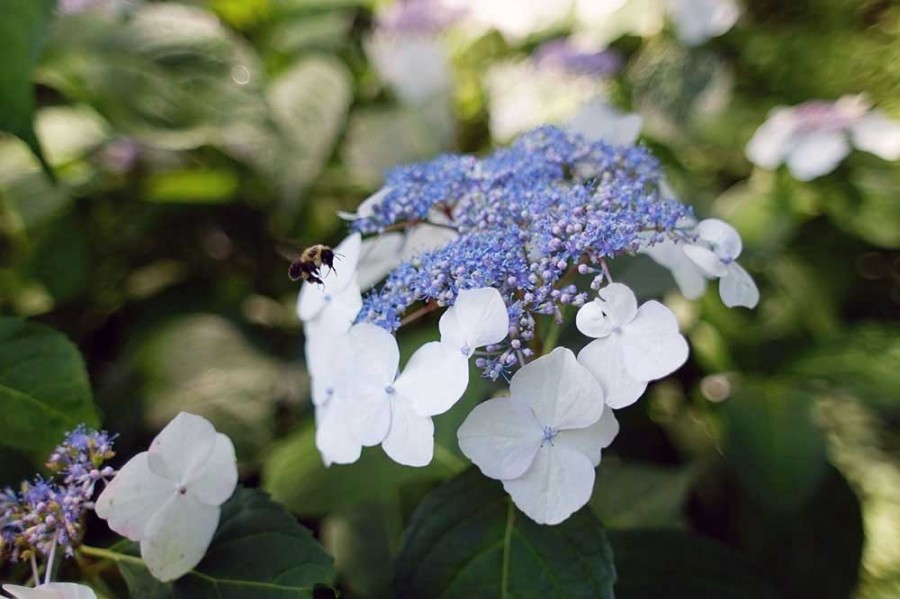 “We have tried to grow as many plants as possible to show the diversity of life on Earth,” says Levy. A surprising abundance of fruit trees can thrive locally year-round, she says, including pawpaws, persimmons, arctic kiwi, currants, gooseberries, and goumi, a noninvasive Asian berry tree. Diversity, Levy emphasizes, is key to good gardening and good eating. “People go out and buy the most common fruit trees available, such as apples and peaches, and do not realize that they are under constant attack from insects,” she says. “If you get a peach in a store that looks great, it has been sprayed with huge doses of chemicals.”

The goal for Hortus is to be “a living textbook,” says Levy. While training as a master gardener at Cornell Cooperative Extension, she learned primarily through slides and books, but longed for hands-on experience. “Our gardens provide a wonderful opportunity for students to see and touch actual plants, as well as taste whatever fruit happens to be in season,” she says.

Serrano and Levy offer six on-site classes per season, with each lesson focusing on cultivating cold-hardy, fruit-bearing trees, plants, and vines. Classes are kept small and coincide with the times of the year during which edibles are ripe and ready to eat.

Serrano and Levy’s notable installations include the Colonial Dooryard Garden for the Senate House in Uptown Kingston and a small, public, edible garden, known as the Victory Garden, in front of Kingston’s City Hall, “to encourage homeowners to replace their front lawns with food gardens,” says Levy.

While Serrano and Levy have turned their love of gardening into a profession, their biggest and most difficult client is actually Hortus Conclusus itself. “We spend half our time working at the Hortus gardens, and the other times for clients. All profits from these jobs go directly back into growing the garden,” Levy says. While the couple has ambitions to create a nonprofit, they are so involved in their ever-growing grounds – they’ve acquired an additional eight acres and built a greenhouse – that they’re in no rush to achieve that goal. “That would mean we would have to stop gardening for a while,” says Levy. “Neither one of us is ready to do that.”