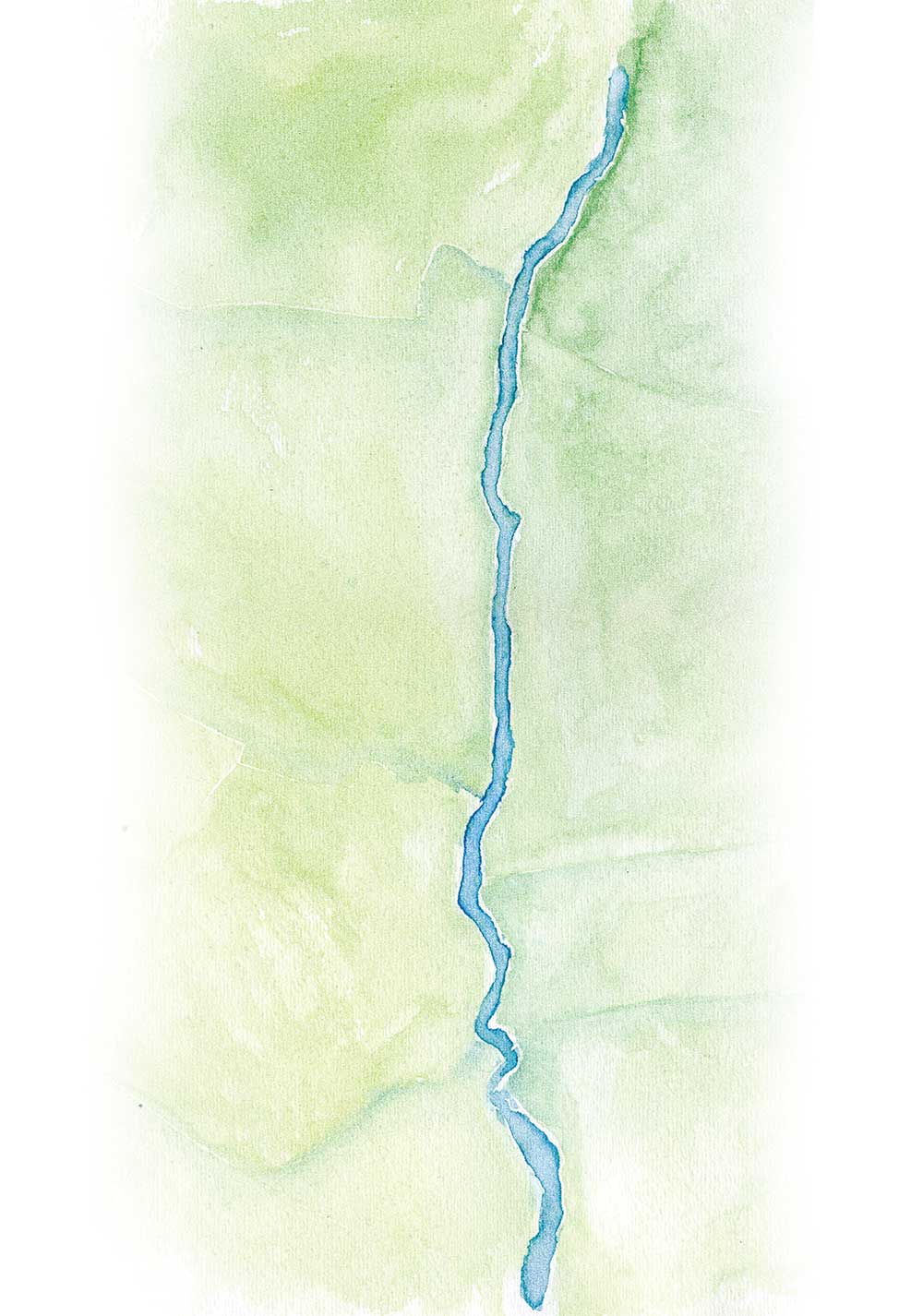 Hundreds of writers live in the fertile stretch of the Hudson Valley between William Kennedy’s Albany and Washington Irving’s Sleepy Hollow, so it’s no surprise that this magical landscape provides the setting for many memorable books. Here’s a tasting sampler of literary locations along both banks of the Hudson.

Hard-Headed Weather Cornelius Eady (Cairo) — A cycle of poems explores the joys and trials of rural homeownership by an interracial couple more attuned to city life. Where’s the super?

Dragonwyck Anya Seton (Hudson) — Set in the 1840s, this page-turner historical romance brings together an innocent farm girl and a Dutch aristocrat with a very dark side.

My Side of the Mountain Jean Craighead George (Margaretville area) — The classic tale of runaway teen Sam Gribley, who learns how to live off the grid on his ancestors’ Catskillsland, with a falcon for company.

Taking Woodstock Elliot Tiber (Bethel) — Recently filmed by Ang Lee, this nostalgic memoir unfolds not in Woodstock, but in Bethel, where the famous concert took place…thanks to Tiber’s family motel.

A Ship Made of Paper Scott Spencer (Rhinebeck) — Spencer has set many novels in the fictional town of “Leyden,” whose colonial inn, cigar store Indian, and fading river estates are a dead ringer for Rhinebeck’s.

Shades of Gray Timothy R. O’Neill (West Point) — Not 50, just one—the gray of a West Point cadet uniform, in this high-tech ghost story set in the dorms of the riverfront military school.

The Plagiarist Benjamin Cheever (Pleasantville) — John Cheever may have been “the Chekhov of the suburbs,” but his son’s comic novel of Westchester life is as sharp as a barbecue skewer.

A Place in the Country Laura Shaine Cunningham (Stone Ridge) — This delightful memoir follows the author from the Babylonian Bronx of her childhood to a quirky Victorian inn on the grounds of a historic mansion.

Communion Whitley Streiber (Alligerville) — The Hudson Valley is known as a magnet for UFOs, and Streiber’s bestselling abduction yarn is a chiller. Don’t read it alone in an old farmhouse!

Where Have All the Flowers Gone Pete Seeger (Beacon) — The Hudson Valley would be a poorer (and more polluted) place without its banjo-playing patriarch. Seeger’s memoir is a sing-along treasure.